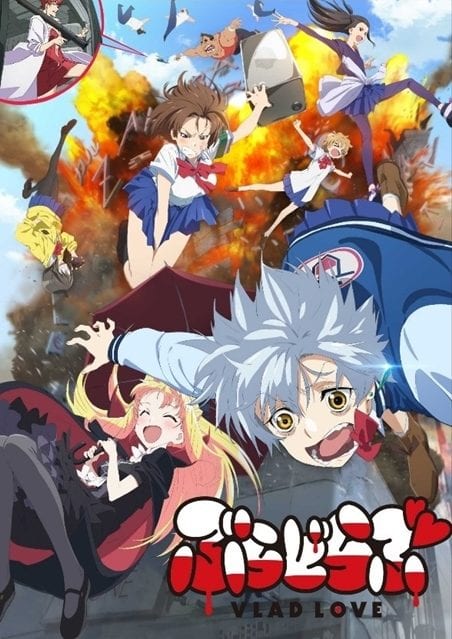 The official site and youtube of Vlad Loved released a main visual of the series. Mamoru Oshii, of “GHOST IN THE SHELL” fame, is in charge of the general director, original work, and series composition of the anime.

Out of all the visuals released, the latest one has a more comical tone to it. Also, the characters display a comical expression. The catchphrase related to the series “Gayjutsu is crazy!” is currently trending. The main visual announced recently is:

In reference to the images, comments from Director Oshii is:

I want to do Girl Meets Girl seriously. The story of the connection between people. That’s why it’s “blood”. There are also words such as “blood ties” and “friends connected by blood”, but I wanted to talk about “blood” seriously. So “vampire”. “Sucking blood” may be a symbolic act, but in many ways, I thought about symbolically talking about “blood.”

And dealing with vampires is also a story of a different culture. It is a different culture, so-called non-human (jingai). I’m human but not human. Someone’s fate is someone’s sacrifice (nail), and he can only live at someone’s sacrifice. The story of encountering such foreign things and connecting them. When it comes to blood, it tends to be dark and gruesome, but instead, I wanted to do it lightly.

These are the visuals from the first episode:

The official trailer of the series is:

The plot of the series is:

The Staff announced for the series is as follows: