Jujutsu Kaisen: About The Higher Ups In The Sorcery World 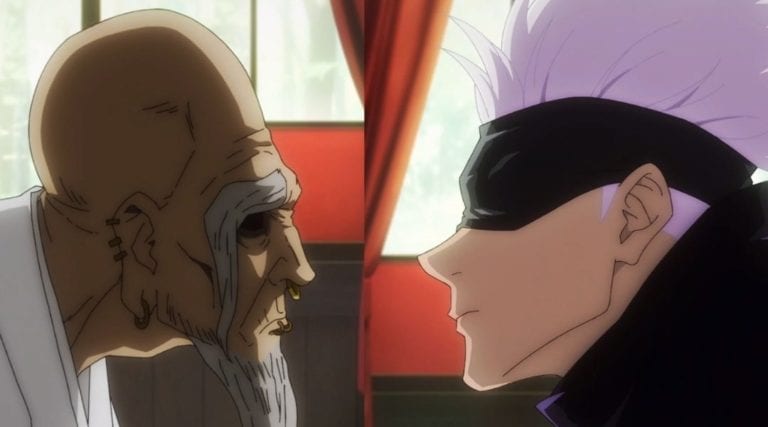 The success of shounen series, especially the ones that deal with out-of-the-world elements, largely depends on the world-building they do. And Jujutsu Kaisen has got its basics of world building right. There is a lot more to it than just a one-dimensional “oh come let’s find all the fingers of Sukuna” plot.

It would have been very much like Demon Slayer then, defeating one Upper Moon after the other.

Instead, each episode (and even the manga chapter) of Jujutsu Kaisen slowly weaves a web around you, dropping hints, adding details and building a perfect canvas for the main characters. In all of this, Gege Akutami, a liberal arts thinker, has focused on one conundrum that is largely present in our society. Reluctancy to embrace new ideas!

The Jujutsu world is quite old and stagnant, reeking with conservative ideals. It is controlled by higher-ups whose bodies and minds have transgressed the times they belonged to. And this has stifled the younger generation of Jujutsu sorcerers from spreading their roots far and wide. Well, this is something that Gojou Satoru wants us to believe. And considering just how awesome he is, I might take it all in without a question.

The higher-ups have an aversion to new ideas and breaking traditional practices. Yoshinobu Gakuganji’s (the principal of Kyoto Metropolitan Jujutsu High) scheme to kill Yuji Itadori for being Sukuna’s vessel highlights this behaviour. Satoru betting on Itadori was an unorthodox move which, if successful, would take out a long-standing threat that has terrorized Jujutsu sorcerers for long.

But the move being unorthodox is precisely what made the jujutsu higher-ups sweat. The staunch believers of long-standing rules and traditions saw reviving Sukuna as a dangerous gamble. Their focus on the negatives clouded the benefits of Gojou’s brilliant scheme. Again, it is not wrong to consider the downside of any move. But outright opposition to anything that has not been tried or tested previously would never give way to anything groundbreaking.

As we proceed more into series, we’d come across the major families in the Jujutsu world. For long, these families have tried to consolidate all the power in their hands. They’d rather have a conventional and conformist world, opposed to one where they don’t have the reins of control. While this could be seen as playing safe, it hampers growth and freedom. The Zenin family’s treatment of Maki and Mai is a prime example of this situation.

This reluctancy is precisely what we see in the darkest corners of our society too. Patriarchy, staunch traditionalism and lack of willingness to consider new ideas still hold us back in more than one way. It is a taboo to break the mold. Embracing new ideas is a crime. And having a different outlook only makes you an outcast.

To counter this very situation is why we need education. The ability to weigh the options and come up with a solution that best suits the situation is only possible with education and a liberal mindset. I’d want people like Erwin Smith or Gojou Satoru to lead me, rather than some grizzly old man who is out of connect with the modern world.

Satoru is right. The power that the higher-ups tried so hard to hold back and control will now be set free. A new wave of unforeseen possibilities is coming. Powerful young sorcerers, Sukuna’s vessel, curses and villains with revolutionary ideas. This wave will turn this world upside down. And with that, the very pillars of traditions that these higher-ups were clinging on to will be eroded. What happens then? Do they lament their mistakes or do they change? That’s something which needs to be seen!

What are your thoughts on the orthodox higher-ups in the Jujutsu society? Let me know in the comments section below!