Does Reiner Have Split Personality? Three Instances From Attack On Titan That Prove It!

Well, duh, he obviously has. Doesn’t he? Reiner Braun is an extremely captivating character who underwent a drastic change after the big reveal. He was a brotherly figure to his fellow cadets, and a reliable comrade too. Therefore, his reveal as the Armoured Titan was an emotionally draining moment for not only the characters but … 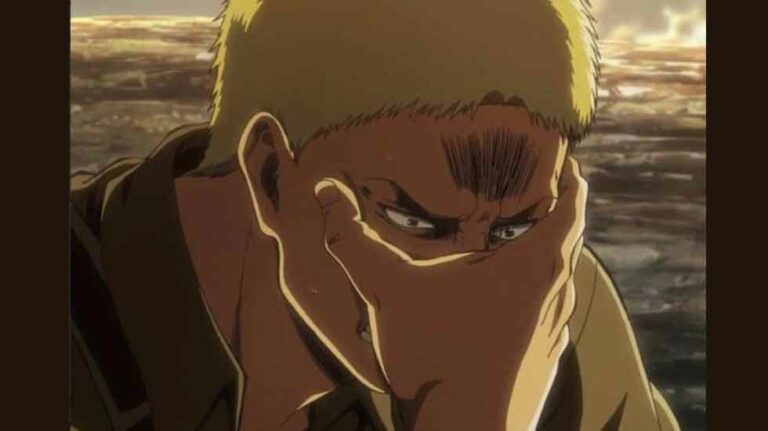 Well, duh, he obviously has. Doesn’t he?

Reiner Braun is an extremely captivating character who underwent a drastic change after the big reveal. He was a brotherly figure to his fellow cadets, and a reliable comrade too. Therefore, his reveal as the Armoured Titan was an emotionally draining moment for not only the characters but the fans as well.

However, the most interesting thing about Reiner turned out to be his constantly conflicting actions and words. Most of the fandom agrees that Reiner suffers from Dissociative Identity Disorder.

Dissociative identity disorder is a severe form of dissociation, a mental process which produces a lack of connection in a person’s thoughts, memories, feelings, actions, or sense of identity… The dissociative aspect is thought to be a coping mechanism — the person literally shuts off or dissociates themselves from a situation or experience that’s too violent, traumatic, or painful to assimilate with their conscious self.

From whatever we saw, we can say that Reiner indeed has split personalisty and suffers from DID. His time as a warrior for Marley ever since a young age is a big reason for this issue. Let’s go over three instances which show signs of Reiner having DID.

Honestly, the way Reiner blew off his and Bertholdt’s cover was in an unexpected way. Yet again, Reiner’s monologue preceding the reveal shows him distraught and frustrated with himself.

He states that he doesn’t know what’s right or wrong anymore, and the tears in his eyes express the inner battle he is fighting; being with his new friends or fulfilling his duty and the expectations set on him.

Reiner obviously developed trauma from having to break the wall at the tender age of 12. Therefore, this qualifies as evidence that Reiner’s coping mechanism was being a dedicated member of the military.

Aftermath of kidnapping Eren and the deduction of Ymir

Perhaps the episode where it is explicitly evident is episode 9. Reiner completely shifts gears and starts talking about being thankful for not having the wall broken! To say something so ironic proves the lasting impact of year 445 on his psyche. Moreover, he looks quite innocent and hopeful as he talks about promotions, and Christa.

This sudden change in expression signifies him switching his “identity”.

To summarise: Ymir states that to make up for the astronomical guilt and pressure that Reiner possesses, he used his role as a soldier as a safe place to act normal.

Furthermore, we can say that Reiner has two distinct personalities: the “Warrior” who is rough, aggressive and determined and the “Soldier” who is selfless, loyal, and righteous.

Marco’s death remains a touchy subject for the fans. However, it remains a defining scene in the anime that somewhat explained the psychology behind Reiner and Annie.

Reiner, as a warrior, is a person who sees nothing but his goal. As a result, he had no conscience for emotionally manipulating Annie and ignoring Marco’s pleads.

On the contrary, he is absolutely devastated seeing Marco being eaten. Consequently, we can identify a trend- after doing something extremely crucial to his warrior role, Reiner slips into his “soldier” identity for emotional release.

While its hard to say that the warrior trio deserves to get away with what they did, you have to consider the fact that they were impressionable young children when given the task.

In other words, Reiner’s poor mental health is an accumulation of all his actions Although bulky and strong, Reiner is a 17 year old boy who knows no better.

So, does Reiner have split personality? The answer is, yes.

With Season 4 right around the corner, you can expect to have a deeper look into Reiner’s background and his aspirations. Until then, mull over these evidences and let us know if they’re valid to the definition of DID given above!

Click to join
Reiner Braun Titans In Attack on Titan