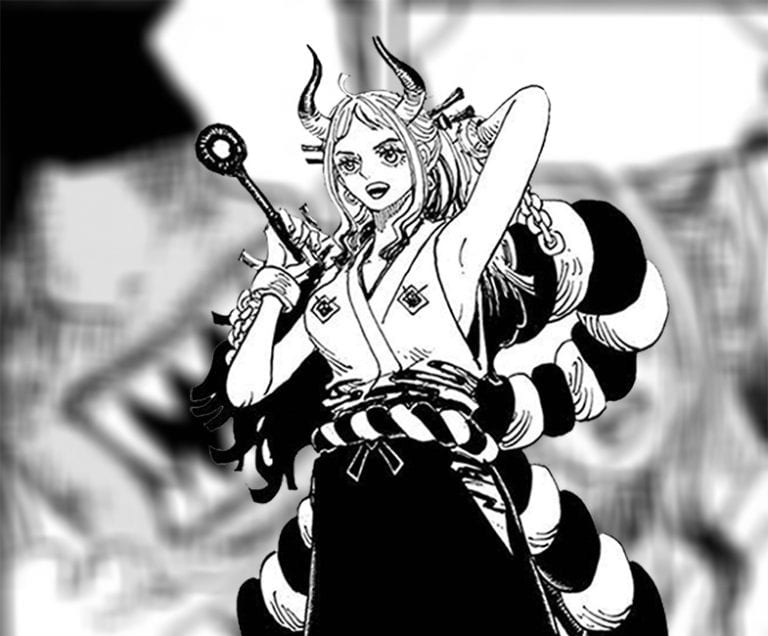 Ever since she made an appearance, Yamato has been the talk of the town. A lot of speculation is going on about her powers and about her being the eleventh member of the straw hat pirates. The latest One Piece chapter adds more fuel to the fire as it teased Yamato’s transformation.

While Yamato was already quite powerful (read tank) to begin with, a transformation would take her to a whole new level. She is without a doubt one of the most powerful women in the One Piece universe (along with Big Mom).

A glimpse into Yamato’s transformation:

In chapter 996, Yamato found herself in a tight spot as Sasaki and his armored division gave her no respite. They were hell-bent on capturing (or killing?) Momonosuke and Shinobu. As Sasaki said, the baggage of protecting them tied Yamato down. However, she had no intention of giving up and for a moment it felt that Yamato had decided to become serious about the fight.

Baring her fangs, Yamato almost transformed. But Franosuke’s appearance with Hacha in tow changed the situation completely. This has set off theories about Yamato also being a Zoan type devil fruit user.

What is Yamato’s devil fruit?

If Yamato indeed has consumed a devil fruit, fans are angling towards the possibility that it is the ‘Mythical White Tiger Zoan’ fruit. The other possibilities that are being floated are that Yamato has a Saber-tooth devil fruit or something that is close to a Tiger or a similar feline. We love how the ideological differences between Kaido and Yamato will also be carried on to their Zoan animal forms.

The fangs that Yamato bared are being taken as the major proof for all of these speculations! These are very peculiar and do not seem to be that of an asian dragon possibly. Could it also be a dinosaur?

This makes us wonder whether Yamato was given a smile fruit by Kaido. Would he take such a big chance on his daughter? Well, Kaido did use those weird cuffs on here to keep Yamato grounded. But still, the SMILE fruit seems like a huge gamble! It could also be a natural mythical devil fruit that Yamato ate.

But then what if Yamato’s powers are not due to the devil fruit? That brings us to the next case.

Yamato is an oni (not a human). Her strength and endurance have been previously speculated to be hereditary (like her father?). What if these Oni have an inherent hybrid mode or a berserker mode? She currently might be in her human form and would only transform into the hybrid form when she is in a tough spot.

Since there is nothig much to go on about the species which Yamato or Kaido belong to, this theory still holds some water. Does this mean Kaido himself is a dragon and those are not devil fruit powers that we see (could those reptilian scales be real and not a tattoo)?

Well, this was only a glimpse and we might get more info reveal about Yamato, Kaido and their powers in the near future in One Piece. What are your thoughts on Yamato’s transformation (teased) in chapter 996? Let us know them in the comments section! 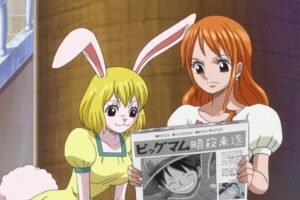 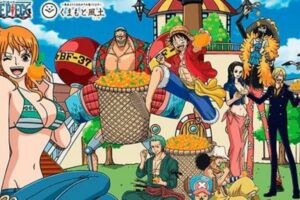 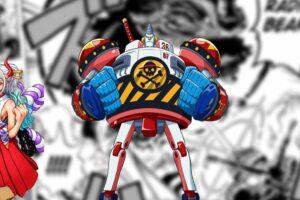