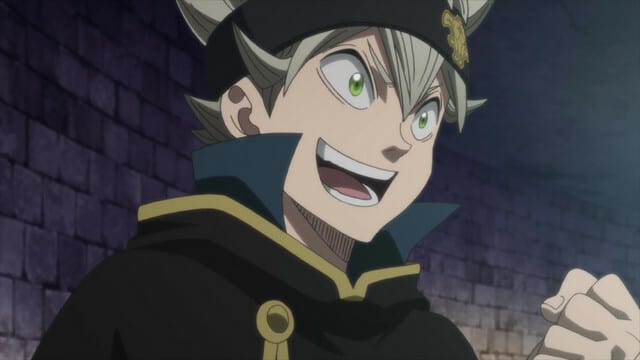 Another day, another recap-slash-filler episode for Black Clover. The episode is centered around the one-year mark of the Magic Knights’ exam that Asta, Noelle, and Yuno gave.

As the Magic Knights are indulged in training and combat practice, Asta and Noelle accompany Captain Yami to the Castle Town Kikka, or the place where the annual exam for Magic Knights is held. They wonder seeing the candidates if they’re going to get a junior to join Black Bulls.

While Asta runs off to save himself from a flock of anti-magic birds, Noelle comes across Nozel. Their warm interaction is a striking contrast from the conversation we saw in the early episodes. Nozel not only acknowledges how much Noelle has grown but also sees potential for even more growth just like their mother. It was an interaction that was special since Noelle has cemented her place as an important Magic Knight over the past year.

We move onto see Asta catch hold of Yuno, and recount their promise of becoming the Wizard King. They also recollect memories of their childhood and how far they have come from being two peasants in Hage. This duo’s friendly rivalry is one of the best parts of Black Clover – and all of us are fond of their constant banter. Of course, Sylph contributes to their incessant chatter, but in the end, we know that Asta and Yuno cherish each other the most.

After the exam, William approaches Yuno to return his pendant – which had a magic stone – back. He tells him that a man called Revchi made sure it reaches back to Yuno. If you forgot who Revchi is, he is that nasty man from episode 1 who tried to steal Yuno’s four-leaf grimoire.

Will this stone play an important role in the plot? It seems so. There has been a special focus given on the pendant since early episodes and now that the arc of Eye of the Midnight Sun is over, we can speculate that this is more than just a magic stone. This has raised our expectations to see what Tabata sensei has planned for Yuno!

It is always a pleasure to see our chiisai Wizard King, Julius, in the episodes. Of course, he couldn’t show himself in the exam, but he made sure to take note of all candidates, who will carry the future & hope of Clover Kingdom. He also says he feels encouraged seeing young people joining the Magic Knights, and Marx agrees.

Julius always thinks a step ahead of all people in the Clover Kingdom, and it is no surprise that he is thinking far beyond the upcoming battle. He wants the kingdom to always have devoted knights who are not tangled up in power and positions to fight for their country.

The episode nears its end at a beautiful note that shows just how aligned Asta and Yuno are in their thoughts and dreams. They both know they have gotten much stronger than their selves from the past year but there is a long way to go if they really want to become the Wizard King. They metaphorically reach for the moon at the same time, making us ask ourselves the always persisting question again – which of them will reach the goal first? (Yup, trust me I want them both to be the king at this point, I can’t choose at all!)

The ending animation changed in the episode to show the squads of Golden Dawn and Black Bulls throwing a party to commemorate the day. Yuno awkwardly standing between people as always, and Noelle & Asta having the time of their lives. The scenes tell us that more than just squads, they found precious friends and family here.

Did you like the episode? When do you think will the next arc start? Let us know in the comments!