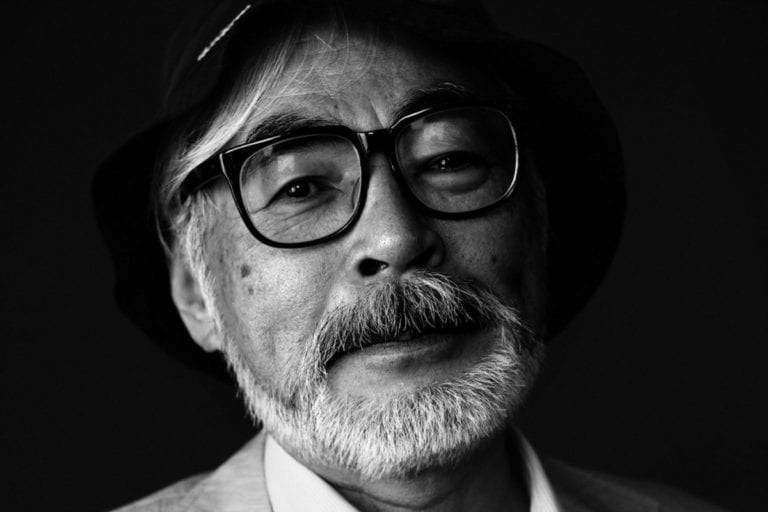 Ghibli Studio’s Co-Founder and director Hayao Miyazaki was recently interviewed by a reporter regarding the tremendous popularity and box office breaking the record by the Demon Slayer Movie: Mugen Train. The 79-year-old director was out picking trash in front of his house when the reporter ambushed him. Despite the unprofessional approach, the director was kind enough to answer a few questions.

Throughout the years, Hayao Miyazaki hasn’t shied away from retorting on any news related to the anime industry and its fans. So when asked regarding the growth of the Demon slayer movie Ghibli director said that he hasn’t watched the series, manga, or the movie. He also mentioned that he doesn’t watch the works of others as he is retired. He satirically further added that he just wants to pick up trash from his front door reminding the reporter that his timing isn’t right. The reporter still continuing on his work further questioned him about how the director feels regarding the Demon slayer movie taking over the record of 30.8 Billion Yen set by Ghibli movie, Spirited Away. Hayazaki mentioned that it doesn’t bother him and these things will keep on happening due to inflation.

The demon slayer movie has garnered around 10 billion yen in just 25 days which is a box office record in Japan. Whereas the Ghibli movies had garnered 30.8 billion yen throughout its first year-round release. Spirited Away also holds the title of highest-grossing anime movie ever made in Japan for 19 years. It is highly speculated that the Mugen train movie might break this record and take the number one spot.

This could be the reason why the reporter wanted to get a bite from the legendary director in a seemingly unprofessional method. Which is quite understandable given the stiff competition in the anime news industry.