Mulling Over The Secrets Of The Female Titan, Annie Leonhart 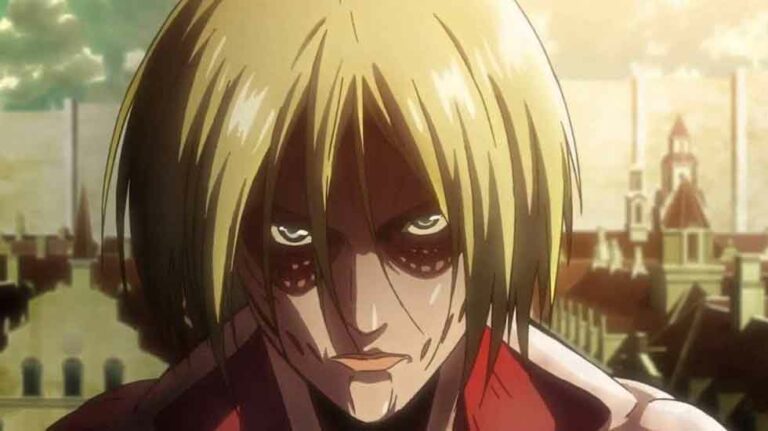 Among the nine intelligent Titans in the Attack on Titan series, the Female Titan surpasses all the other Titans in sheer close combat power, stamina and sexiness.

To begin with, the Female Titan is not so special if compared to other Titans. But its top deck martial arts skill thanks to Annie Leonhart, tends to focus on minimising the advantages of larger stronger opponents with kicks and throws.

Along with that, the abilities that undoubtedly raises an eyebrow in the present scenario of the series are “the scream”, the hardening and power to crystallize her human form.

The following theories and speculations are going to have spoilers from the Attack on Titan manga. Please read ahead at your own discretion!

As the manga established already, the Armored Titan and the Beast Titan can use the powers of “hardening” and “the scream”. These are their respective Titan specialties. Then why is the Female Titan also able to use them, especially the ability to call other titans without the Royal blood?

It was stated in the manga ch 95, page 21 that the Female Titan was “given” the hardening ability and the screaming ability. To further support how the Female titan got hold of those powers, ch 133, page 21 confirms that Annie’s Titan form was nothing special to begin so she was being experimented with parts of other Titans.

But it is still not convincing that Annie, just a normal Eldian citizen, has the power to call other titans without the Royal blood. If only the spinal fluid of the Beast Titan is required for that then Falco should also be able to use the “Scream”, since he already can see the Beast titan’s previous memories. Lets keep that aside for now and move on with Annie Leonhart.

Does Annie Leonhart have Royal Blood?

As Isayama sensei himself admitted in Attack on Titan Guidebook:Inside & Out that Annie Leonhart is full of secrets, and that it’s still going to be quite a wait until we see the true colours of the Female Titan shifter. If it turns out that Annie has any connections with the Royal Family, I won’t be surprised.

It is well and good that the Female Titan is versatile, durable and smart. But there is a chance that she can be of Royal blood because of her ability to trap herself in a crystallized cocoon. This ability is rare throughout the series. The only ones able to pull off or tried to pull off other than Annie were Zeke and Willy Tybur’s sister. Both of them possess royal blood.

Another idea that sprouted my doubts like thousands of other fans is when Mr. Leonhart apologized to Annie for she is going to be treated as an enemy by the whole world.

Why the whole world and not only Marley?

It is evident that in Marley Eldians like Reiner who are halfs are always frowned upon. And the case for Annie just might be the same. It might just be that Annie’s father married a Marleyan woman from the Tybur family, the only Royal Family present in Marley but due to circumstances they were detached from the main family.

To support this thought I can present that Annie is said to be from Liberio but everytime Annie and her father are shown, it’s more likely in the woods, as if they were hiding.

The most far fetched theory yet trending is that the resemblance of Annie to the Fritz family survivor Dina Fritz. It is thought that the Fritz family might have another son or a daughter whose child was Annie. The faint blond hair, blue eyes does make you root for the speculation, however if the Marleyan Government already knew about her bloodline then she would have received a death sentence much sooner.

Let me know what you think about these speculations and did I miss anything more stronger to prove my theories. Mata ne! ^_^ 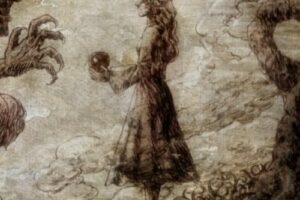