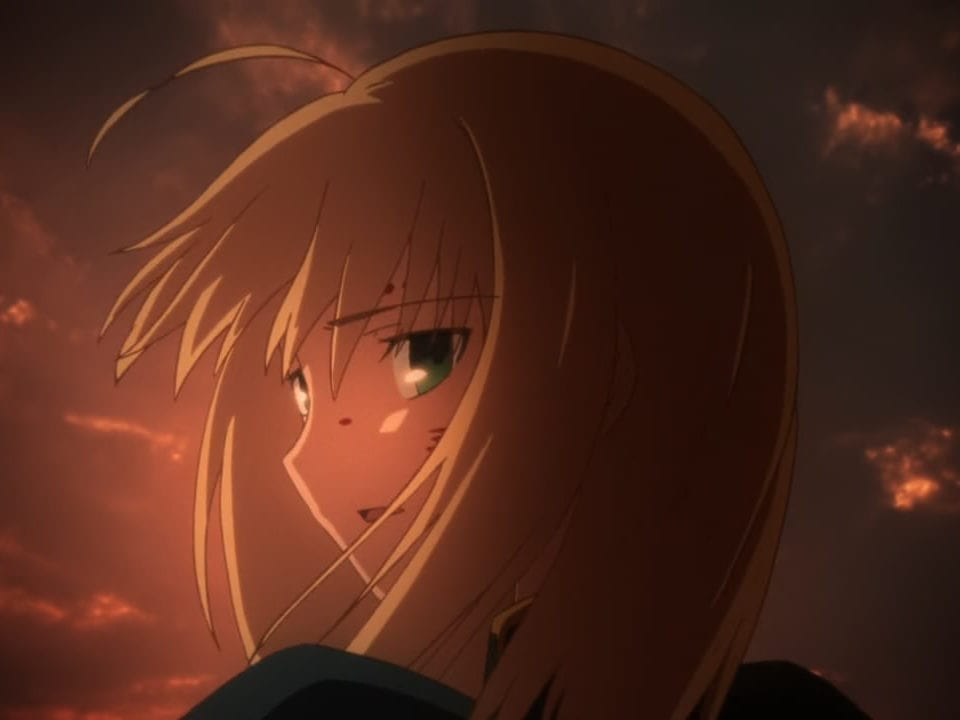 As Fate/Zero isn’t the first war, many of the viewers get a bit confused by the end and have a ton of questions hovering upon their head. Well, here’s the ending of Fate/Zero explained in detail.

After getting to know that the Grail is corrupted and will interrupt any wish as the destruction of humanity, Kiritsugu quickly uses his remaining command seals and orders Saber to destroy the Grail through her Noble Phantasm.

But that attack only destroyed the physical embodiment of the Grail and not the Greater Grail which was in the sky. As such, the Grail still exists and desire to activate itself, so it grants the wish of Kirei Kotomine, the runner up in the war. The wish of Kirei was the destruction of humanity but the Grail wasn’t able to manifest itself to its full potential so it was only able to inflict devastation upon Fuyuki City.

The black mud which was pouring from the sky was 60 years worth of highly concentrated magic power which led to the catastrophe in the first place. It got all over the city, the black mud was like extremely hot molten lava so anyone who gets in contact with that will immediately die and that’s what happened to the entirety of Fuyuki City.

People were dying everywhere and Kiritsugu was running to save everyone because this wasn’t what he wanted, his desire for world peace was shattered, the abomination of bloodshed and corruption which he wished for was rejected and in the end, the Grail rewarded him with the exact opposite thing – a calamity.

When Saber destroyed the Lesser Grail before it was able to materialize itself with the Greater Grail, the contents which spilt out of it fell directly upon Gilgamesh and Kirei first. They were enamoured by it but in the end, both of them came back alive. How?

As for Gilgamesh, it was his pride and egoism which didn’t let Angra Mainyu, the conscience of Grail to devour him with all of the world’s evil, so instead, the prana (magical energy in the Grail) gave him a tangible body, incarnated him in a body which can sustain itself without much use of mana.

And for Kirei, the enormous tainted prana gave him an artificial heart. After getting washed over with the black mud from the Grail, Kirei got revived with a heart without a heartbeat, almost like a zombie which perfectly suits him as he isn’t able to experience emotions to its fullest until and unless it is of someone in pain and agony.

After the death of Irisviel, Ilya had a dream where seven big lumps were residing inside her, depicting that she is the next Lesser Grail and that completely makes sense as she was a homunculus too. In the end, she is shown waiting for her father in the castle but that won’t be possible as he wasn’t able to fulfil the contract of acquiring the Grail for the Einzberns.

Tokiomi Tohsaka’s death is disclosed after the war ends and we get to see that Aoi is alive. She was strangled by Kariya in the Church but she didn’t die, instead, she lost her consciousness at that time and now is suffering from brain damage and is confined to a wheelchair, not understanding that Tokiomi is dead and Sakura is gone forever. After the final ceremony, Kirei gives a dagger to Rin, the same dagger with which he killed her father. It’s this twisted sense of irony which gives him satisfaction, knowing that she will cherish it because it’s the last physical remnant of her father.

As for Waver, he drops school and settles in his grandparents’ house. He also makes a promise to himself, to carry the legacy of what he believed to be a true king, of Rider; of travelling the world and living life to its fullest. At the dining table, he says that he is going to find some part-time job and with the money he earns through that, he is going to travel somewhere. In a very long time, Waver seems happy with himself, his grandparents agree to his decision and are delighted to know that he is going to stay with them for a while.

For Saber, she returns to where it all began, the battlefield of chaos and mistakes. As she stood above a heap of bodies, she proclaims that the next time, she is going to get her wish granted by the Grail no matter what. In the final fight with Berserker, it is revealed that he was Lancelot, one of the knights who worked under King Arthur aka Saber but due to his misdeeds, her empire witnessed a downfall but she forgave him and moved on and while it made him respect her more but at the same time, he hated her too for not putting the nation first.

In the end, we see Kiritsugu and Shirou in the verandah of their new home. Kiritsugu adopted Shirou as he was the only one who survived that fire and he raised him like his own child. Due to the curse by Angra Mainyu, his magical circuits became weaker day by day and his body became frail. Before his death, he tells him about ‘hero of justice’ and it was at that time when a legacy was passed on, Emiya Shirou as a ‘Hero of Justice’.