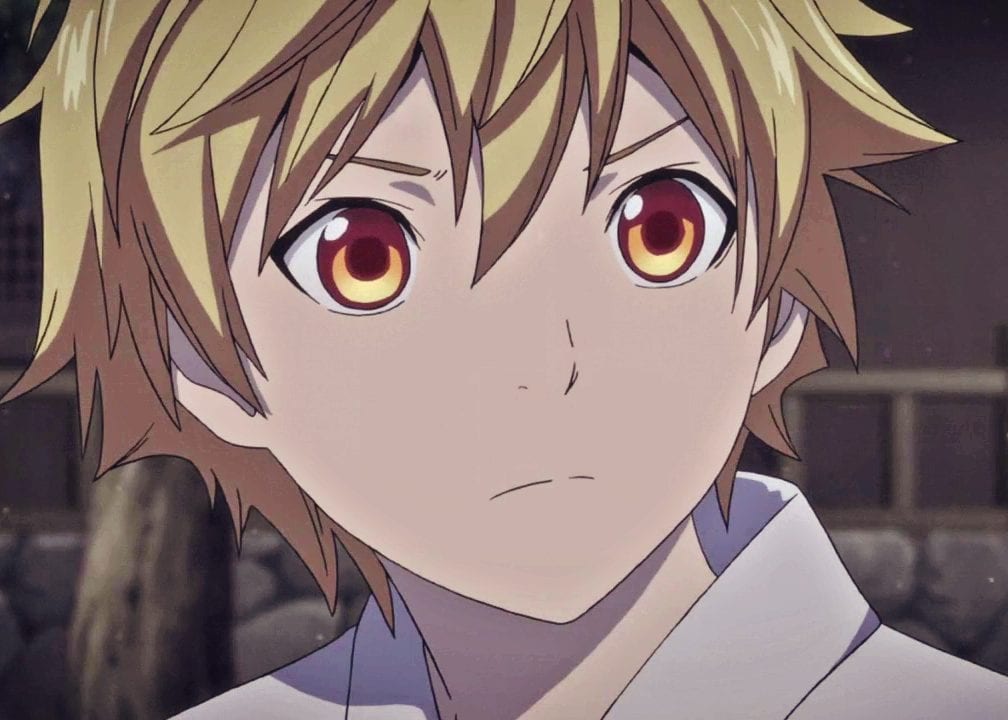 The following article contains spoilers from the latest chapters of Noragami. Read ahead at your own risk.

Noragami manga has been progressing at a snail’s pace recently. Chapter 91 is no different as it only has 22 pages. But, even so, it sheds light on some crucial information regarding Yukine’s past. It’s surprising how my assumptions were all proved wrong by what was revealed in this chapter.

I had always believed that Yukine was forced to stay back with his father. Probably because of legal issues regarding divorce etc. But contrary to my beliefs, it turns out that decision to stay behind was apparently Yukine’s. This is revealed by Yuka when Nora hands her the letter that Haru (Yukine) had written to her before his death.

Also, Ooharai’s in a day. Meaning, the time for a final confrontation is near!

We saw in chapter 90 that Hiyori and Nora had come to Yuka’s house to deliver this very same letter. They wanted Haru’s last thoughts to reach his sister. Yuka however mistook them to be Haru’s children. And since Hiyori had fainted after their encounter, Nora had hesitated to give the letter to Yuka.

However, come chapter 91 she seems to have made up her mind and hands over the letter to Yuka, without waiting for Hiyori to wake up. She was eager to see how Yuka would react to the letter, and probably to the truth about what happened to Haru. Meanwhile, Hiyori’s situation seems to be ambiguous. Nora does say that she is fine, but Yuka seems to be worried for her suggesting Hiyori is not just merely sleeping at this moment(duh).

Seeing the letter and knowing that Nora and Hiyori were not Haru’s daughters, Yuka probably got a hint about what could have transpired. She reminisces about their childhood to Nora.

This is where we realise that Yukine staying back was apparently entirely out of his own volition. I say apparently because Yukine is shown losing a rock paper scissor game. This was done to decide who would stay back with his father. It is possible that Yukine could have purposely this game considering how he saw Yuka almost committed suicide because of their father’s abuse.

Infact the dialogue “run to the future” is something that Yukine tells Yuka and not the other way around. And thanks to his intervention, Yuka could sum up the courage to ask her mother to divorce their father. But the mother is asked to leave behind one of the children. The siblings decided to settle this with a game of rock paper scissors.

Yuka’s reaction suggests that Yukine lost the game of rock-paper-scissor on purpose to protect her. Or it could just be Yukine putting up a bold front so that his sister won’t worry. My respect for Yukine went up ten folds in this chapter. Maybe its this underlying positive nature of his that has helped him manifest his new powers.

We see Yukine’s (going by the name Hagusa) newfound powers in display at the beginning of chapter 91. He is able to reach people’s heart with his powers and influence them to take a positive course of action.

Noragami Chapter 93.2: Will Father’s Past Finally Be Revealed?

We also see Yuka regretting leaving behind Haru with their father. It’s an emotional moment overall. But the major fault rests here on the mother. Yuka claims that their mother was bold for keeping a smiling face amidst the abuse. But I think otherwise. Any parent who lets their children be abused or hurt in front of them cannot be termed bold. That’s plain neglectful. Haru’s mother should not have given in to the father’s request of making one of the children stay behind.

Also, Noras character seems to have improved leaps and bounds. She accepts what Yukine did for her and proudly states this to Yuka during their conversation. This is a turn in the positive direction, and may soothe naysayers who doubt she has an evil ulterior motive for accompanying Hiyori.

Bishamon has woken up and she is kind of worried that Kazuma did not come to her while she called his name. Could this be another foreshadowing for a battle between her and Yato. However, the most important point that we get from her scenes is that Ooharai is just a day away.

This means that the deadline that Amaterasu gave Yato is here. It would be interesting to see what would happen. Yato seems hell bent on defeating father. But now that the deadline is here, will it be a 3-way battle. Adachitoka has timed the crucial moment such that it falls on 10th anniversary of the manga (Noragami began serialization on Dec. 2010)

What were your opinions on chapter 91 of Noragami. Let me know them in the comments section below!!