Skip to content
Home » Series » One Piece » Will Yamato Join The Straw Hats? The Debate Rages On!

Will Yamato Join The Straw Hats? The Debate Rages On! 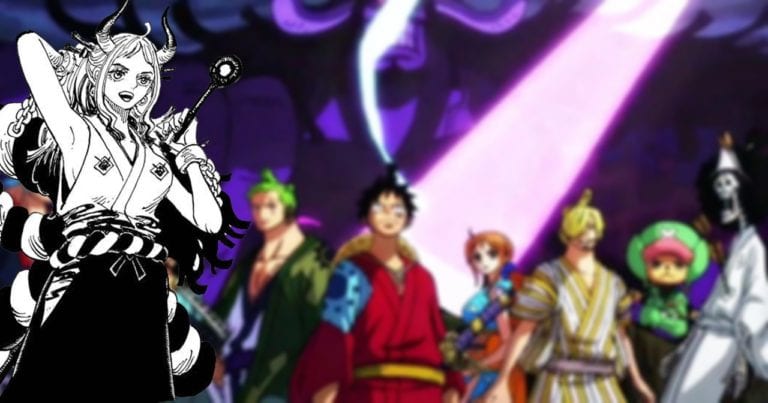 Let’s make one thing very clear. Yamato as an ally would be nothing but a goldmine for the Straw Hat Pirates. Ever since she made an appearance stating her admiration for Oden, Yamato has been one of the favourite candidates to be a Nakama and the 11th member of the crew (since Jinbei has already joined officially). Even more fans jumped on the Yamato joining Straw Hats bandwagon after she openly stated that Luffy, being Ace’s brother, should give her a ride on the Thousand Sunny.

But, while there are many who believe that Yamato would join Luffy and crew, there are also naysayers who don’t see this happening. One of the reasons is that Yamato is too comfortable of an ally (read mighty strong and convenient appearance in the plot). And with One Piece chapter 994 dropping, the possibility of Yamato not joining the Straw Hats has gained more traction.

And so the debate rages on!

Contents hide
Will Yamato Join the Straw Hats?
What if Momo himself joins Straw Hats?

Will Yamato Join the Straw Hats?

This is a situation that could go either way. Both possibilities of Yamato joining and not joining the Straw Hats seem equally plausible now.

In chapter 984 and 985, Yamato stated how much she wanted to go on a voyage. She considered Oden’s journal as her bible and wanted to follow his ideals.

She even asks Luffy to let her sail on the Thousand Sunny. But first she wanted to open up Wano to the world.

However, in One Piece Chapter 994, Yamato lays down her Oden roleplay for a moment to introduce her “real” self to Momonosuke. While she is still in awe and a total fan of the monstrous Samurai, Yamato understands the high stakes of the current situation. This forces her to drop the act and be serious for a moment. Yamato realises that the only way she can live up to her ideals is by protecting Momonosuke. And she promises to do so, even if it requires her to lay down her life.

This new development suggests that instead of joining the Straw Hats, Yamato could stay back in Wano as Momonosuke’s new retainer. If Yamato indeed pledges her service to Momo, then she may even give up her dream of getting out of Wano. In fact, she’d help him open up Wano in line with Oden’s wishes.

What if Momo himself joins Straw Hats?

There is only a slim chance that Momonosuke would continue journeying with the Straw Hats. In the recent chapters, we have seen the young lord thinking in the lines of a Shogun. He is trying to put on a brave face for his subjects and constantly keeps wondering how a Shogun would react in his situation. This proves that Momo is steeling himself for taking up the role of a ruler in the future. That would also suit his character development.

Some say he might follow his father’s footsteps and go on an adventure with Luffy and co. But to us, it seems like Momonosuke has already had his adventure. He was with Oden on Roger’s ship for a while. And then he travelled all the way to Zou and Punk Hazard after being teleported to the current time, which was nothing less than an epic voyage in its own right.

For Momonosuke, his current priorities are clear. Defeat Kaido. Open up Wano to the world (and good governance).

But as we said before, there is still a slight possibility that Momo would go along with the Straw Hats (after all he sees Luffy as a friend too), leaving the administration to Hiyori and the Akazaya Nine (if they survive the battle that is). This would then allow him to know the secrets locked away in the island of Laugh Tale, just like his father did. But then this would hamper his overall character development because here he is nothing more than a stooge following his father’s footsteps. We believe that Momonosuke should be his own man.

Also, the Red Scabbards may not survive the battle with Kaido, which could be another reason why Yamato decides to stay back in Wano with Momonosuke.

Don’t get us wrong, we definitely want Yamato to join the Straw Hats. Oda might come up with a crazy way to make that happen too. But we just laid out the possibilities that we saw in this post. What are your thoughts? Do you think Yamato will be a Nakama soon? Let us know your opinions in the comments section below!