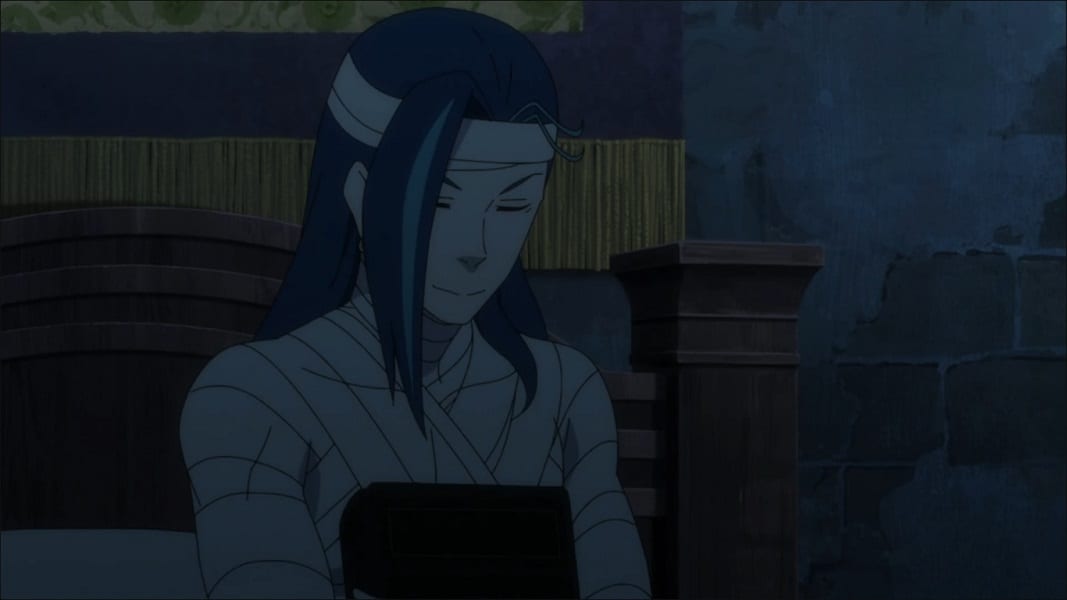 Roswaal L Mathers was without a doubt the antagonist in Re:Zero Season 2. He was single-handedly responsible for causing events that would be a thorn in Subaru’s plan. He went to the extent of hiring Elsa Granhiert, just to make Subaru more like him. While he was loyal to Emilia’s cause, he had his own ulterior motives for siding with her. It was hard to judge whether he was an ally or an enemy. More so if you consider the fact that Roswaal was taking orders from a gospel, just like the witch cultists.

However, he is not a member of the Witch cult. Roswaal’s goals and motives do not include reviving the Witch of Envy Satella. So what could be the possible reason for him possessing the gospel?

Contents hide
Why Does Roswaal have a gospel?
Roswaal & Echidna:

Why Does Roswaal have a gospel?

Roswaal has the gospel because it was given to him by the Witch of Greed Echidna. He is one of the two people to possess the gospel created by Echidna in the world of Re:Zero. The other person being Beatrice. This gospel is different from the ones possessed by the Witch’s cult.

Now Beatrice had the gospel because she was a spirit who was created by Echidna. What relation did Roswaal, who is around 27 years old, have with Echidna, who lived 400 years ago? Roswaal does mention something about his ambition of 400 years to Subaru. But it was all too vague. The Mathers family also looks after the Sanctuary, which was created by Echidna. Does this mean that the gospel has been passed down in his family over these years? Well, that is not the right answer.

The following part of the article contains major spoilers from the Re:Zero Light novels. Read ahead at your discretion!!

The Roswaal we see is actually the original Roswaal,  Roswaal A Mathers, who has been possessing his descendants’ bodies, with a view to revive Echidna.

Roswaal A Mathers was born more than 400 years ago when Echidna was still alive. He was a prodigy back in his time, but was shunned due to the misconceptions surrounding magic at that time. When Echidna comes across him, she realises his immense potential and begins mentoring him. She even fixes his damaged gate and helps him improve leaps and bounds.

As Echidna was the only one who didn’t shun him for being able to use magic, Roswaal admires her and cultivates deep feelings for her. To him she was the most important person. However, his feelings are not reciprocated as Echidna is a witch who is unable to comprehend human emotions.

Roswaal spiraled down the dark path in order to come up with a way to revive his beloved teacher. He began possessing his descendants and vowed that he won’t rest till he reached his goal. In fact, he is supporting Emilia for this very same reason. He knows about Subaru’s return by death and has been manipulating him so that he will eventually carry out his bidding.

Considering his actions, Roswaal certainly is an evil person. He has been manipulating everyone and everything around him just so he could reach his goal. He did not care about collateral damage. While this shows his conviction, it is an undesirable trait in this scenario.

What are your opinions about Roswaal? Do you think he can achieve his goal of reviving Echidna? Let us know in the comments section!!