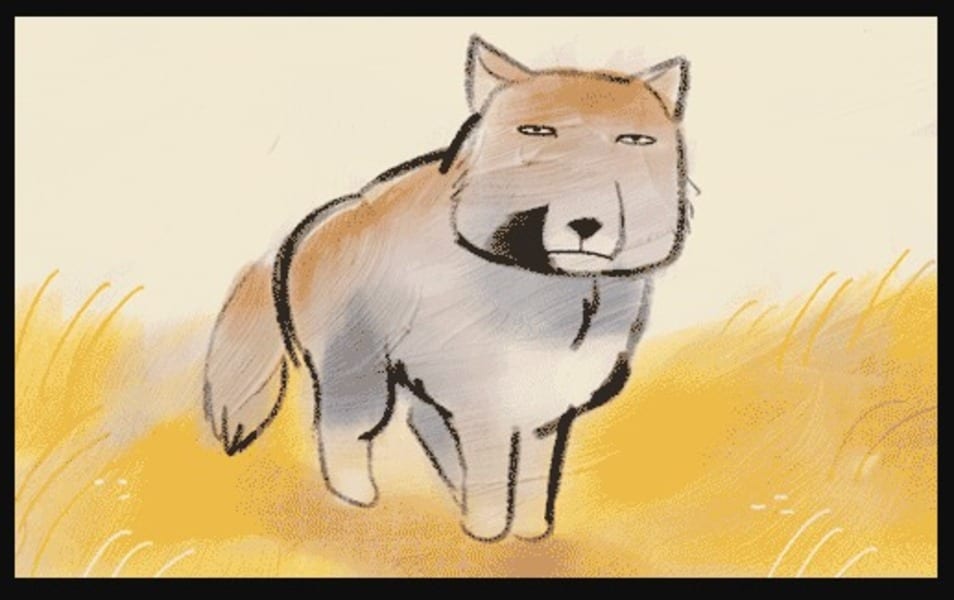 I could hardly sleep that night. The tube lights had blinded me to what was day and what was night. I can’t say if that was bad for me or not.

Okay maybe a bit bad, for the fatigue had already rendered me both physically and mentally and I also had to complete these calculus papers which were due in the coming seven hours and incidentally, was the only thing that’d help me clear this semester under Professor Dean.

So I put my phone aside and began writing. After a few pages around 3:14am I finally got off my seat after like three hours to make myself a cup of coffee.

I walked till the kitchen and put the kettle on the stove .It sure was all quiet and cold that night . I felt my hands shivering,So I warmed them with the steam rising out of the kettle. A few minutes later, I took the kettle out, helped myself to a cup and was heading back for the study until I heard a humming of some sort.

I couldn’t make out from what or who it was coming. It was feeble but toned enough to be noticed. Thinking it was from outside the house, I stared out of the window pane beside the stove but couldn’t see a thing aside from utter darkness.Now that I think of it, there was a heavy downpour which went on until dusk so everything seemed darker than usual.

Around eight or ten minutes later the humming stopped.I waited for a minute or two but there was no return so I carried on my way back to the study with a cup and the moment I walked out of the kitchen.

It’s here again and was much more lucid, which help me understand that it was not a hum but rather a weeping of sort. This just made more curious of what it was, so being knucklehead I am, I jumped into my shoes ,took a flashlight and I headed to woods through the back door of my kitchen.

I knew the woods behind my house well. I often used to visit it with my Father as a boy to collect chesto berries and honey during summers. Walking through the same old trail had opened up that little matchbox of memories and as I was dissolving in it, I realised that I was getting closer to source of the sound.

After 20 minutes and a pair of muddy vans,

I’d finally come to my source.

Stuck between the thorns of a chestoberry bush, exaggerating its cries as if it had lost a limb was . . . . . .

It was the first time I’d ever seen those in the woods. I remember Father talking about how the foxes used to ruin the berry harvests and were too swift to catch but I had never actually seen one.

Well looking at this one ,it wasn’t really that big of a boast. The fox seemed really helpless to be frank.

It had noticed me and stopped moving,looked up facing me with these dead and bored eyes so I looked back at it.

Its eyes were as if I’d been in a post existential crisis and was done with this world’s crap . . to be more frank its eyes were like those of saitama’s,

Yes that explains them the best!
It looked exactly like saitama’s eyes from One punch man.

So it kept on looking at me like that and after a while I felt really pissed because I slimmed my passing chances of this year just for a fox stuck in a bush of chesto berries and out this frustration I broke this beautiful moment we were having and yelled,

“what are you supposed to be, Saitama!?”

It still didn’t care and kept looking at me like that . .. .

I just realise that any longer I’d stayed, I would probably even start talking to trees so I began helping it out of the bush and as I did ,I felt the recently dried fur brushing down my arms. Slightly cold, ever so smooth.

It was a bliss.
But with thorns included,
That pissed me more.

Moments later, after getting indefinite scratches on my plams I had finally helped it get out.I held him with my hands and raised him up to my face. It still glared at me in the same way. Man what a bummer, so I him put down.

And the moment I did,

It stood there looked at me again as if it was trying to create the whole moment we were having ,of which I was not interested because I knew I had those papers waiting for me, so I went to break the silence again hoping to bid my goodbyes and right when I was about to,

it turned the other way showing me it’s butt,

looked backwards at me,

and made a run for it cutting through the chilled breeze.

Then there stood me ,

in that cold breeze

not because the fox could speak

but rather I still didn’t have a clue

of what the fuck was BINOD means.