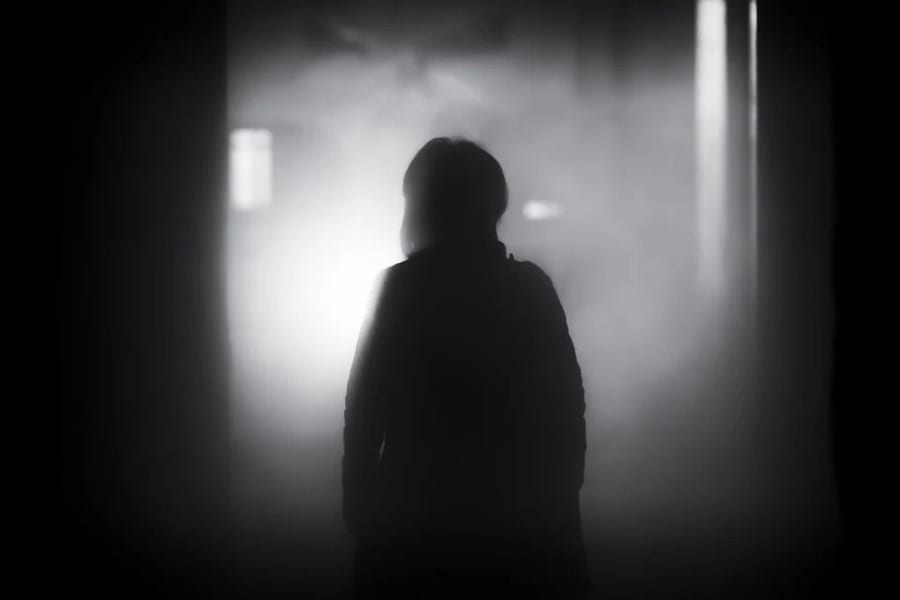 Walking down the alley all alone around midnight wasn’t my greatest decision…..

The day started as usual. I was going through my boring daily routine when I got a text from a friend. “Hey! dude don’t forget about the b’ day party at 9 pm.” Oh, crap that. I totally forgot about the party. “Of Course man, how could I forget? I’ll definitely be there” I replied and tossed the phone. As boring as my daily routine was, I wasn’t ready to go out at all. I had so much planned out for tonight, Chinese takeout and Netflix. The perfect way to waste a day. Why did I even agree to go, I wondered. As much as I would love to make up some excuses and ditch the party, it happened to be my best friend’s b’ day. There is no way I can ditch my bro. I looked at the clock
and it was 5.30 pm! “Oh shoot! I’ve got to get him something.” So I got all dressed up and went to a nearby mall. Ugh, there was an unusual crowd today. I went straight to Yumerio’s, the only place that sells all these cool action figures and anything that can satisfy the weeb in you. I bought a Naruto action figure and got it to gift wrapped. He is gonna love this.

I took a taxi and headed straight to the place the party was being held. It was kinda far like a 50-minute drive. We were having this party at this Korean bbq place. Fast forwarding the party, it was really fun. Everyone got really drunk and it was crazy. I left the party bidding farewell to everyone. It might be the alcohol in me but I felt really confident and light and happy and excited that I decided to walk all my way to the nearest bus station which was like 15 minutes away on foot despite my friends persisting to drop me. Heck, I felt adventurous.

It was way past 12, and there weren’t many people outside, nor were any shops open. It was dark and empty. There was an unsettling silence. Something about this place gave me the chills plus my extreme fear of darkness added to my anxiety. There was a street light near one of the
shops to my right which was flickering. In fact, there were a lot of street lights ahead of me and most of them didn’t work and a few were flickering. This setting was way too much for my faint heart to take in. Walking down this road around midnight wasn’t my greatest decision. All sorts of thoughts started relaying through my head. I decided to shake ’em off and just walk.I
just wanted to get out of this place as soon as possible. I was walking straight down the road when a chill just ran up my spine. I froze. I couldn’t move. I saw a dark figure appear under one of the flickering lights in front of me. But disappeared that instant. A million thoughts ran through
my head. I was damn sure this was it. I was gonna die here. Oh my god, why didn’t I agree to let my friend drop me? What do I do now? I managed to take my phone out of my pocket, the screen displayed 3 am. What? How was that possible? It was just past 12 a few minutes ago.

What was going on? I decided to call my friend up but there was no service.
A sudden shrill cry from a distance made me drop the phone from my hand. My heart was beating quickly. It sounded as if it was furious. It grew louder and louder almost like it was rushing towards me. Somehow managing to move my leg, I just ran. I ran like my life depended on it. I screamed. All I could hear was the echo. Tears started rolling down my eyes. I was shaking. I could barely stand straight. What was happening? I’ve been running for more than an hour but I keep reaching the same spot.
Alright alright freaking out isn’t the best thing to do right now, I need to calm tf down and think this through. Maybe I was walking the wrong path. But wait, how can there be a wrong path when it was just a straight path? The air got chilly and I was feeling dizzy all of a sudden. Out of
the corner of my eyes, I caught a glimpse of the dark figure. That exact one from before. Only this time it was crouching as if ready to catch its prey. I ran and ran. I was exhausted both physically and mentally. I felt something cold get a hold of my leg. A force just dragged me into
the darkness and all I could do was scream.

I was screaming and suddenly I heard a voice which said, “are you ok back there?” Wait what? I am in a taxi? Was I dreaming? Oh, thank god! I have never been happier to be in the company of someone, even if it was a complete stranger and here a taxi driver. “How much longer till we reach the destination?” I asked. To which he replied 10 minutes. I decided to relax a bit. He then pulled up the taxi after a while but strangely the place doesn’t seem familiar. “Where are we? Why did you pull up here?” I enquired. The taxi driver turned back…it was his head it just rotated 270 degrees and just stared at me. My entire body just went cold and pale. His eyes turned black and his lips twisted into a malicious grin.

Now my heart was beating faster than ever. I closed my eyes and started screaming my guts out. I felt so helpless. I tried to get out of the taxi with my eyes still closed. I wouldn’t dare open them fearing what might lie ahead. Somehow I managed to open the door and fell on the ground, but the ground felt cold and not rough. I started hearing birds chirping, I opened my eyes only to find myself on the floor of my room safe but slightly hurt from the fall. The rays of sunlight crept in through the window. Yes, I was in my room, but how? Maybe this was all a bad dream? I pinched myself to make sure I was properly awake after that hell of a nightmare.

A sigh of relief left my lips. I was gonna get up when I got a text from a friend which read “Hey! dude don’t forget about the b’ day party at 9 pm.” Shocked, I looked away from the phone only to find myself standing in the middle of the isolated road, my phone displaying 3 am.

An insomniac by night, a sleeper by day, and a dreamer for life.