What Is Satella Doing In Witches Tea Party In Re:Zero?

The witches in Re:Zero are a strange breed. In addition to having highly selfish ulterior motives, some of them have weird knacks or even fetishes. A certain Witch of Greed is hellbent on providing visitors with body fluids in her tea party, while there are some who come unannounced. Subaru is no stranger to at … 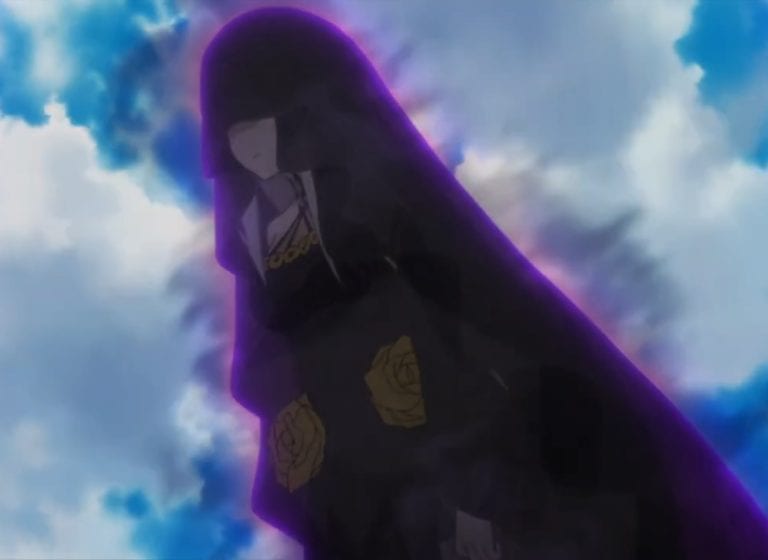 The witches in Re:Zero are a strange breed. In addition to having highly selfish ulterior motives, some of them have weird knacks or even fetishes. A certain Witch of Greed is hellbent on providing visitors with body fluids in her tea party, while there are some who come unannounced. Subaru is no stranger to at least some of these knacks, having attended the Witches tea party twice before. But the events that would take place in the third one would quite overwhelm Subaru.

From Echidna offering to form a contract with him to the other five witches interfering in it, the third tea party was certainly more lively than the previous ones. But it seemed that Echidna did not mind the presence of the other five witches, including the Witch of Gluttony Daphne much.

However, there was one certain witch, who decided to drop in uninvited and changed the whole situation pretty dark. No points for guessing, she was none other than the Witch of Envy Satella. Casting a dark shadow over the vast green pasture of Echidna’s dream palace and hiding her beautiful face behind a shadowy veil, Satella walks in, instilling fear in Subaru’s mind.

The trauma of the first meeting that Subaru had with Satella has not yet subsided. A second meeting with her would be too much for him to handle. Also, judging from the hatred on Echidna’s face on seeing Satella, there was not a sliver of chance that Satella was invited to the tea party. So what is she doing there and how could she come there?

If you remember well, the Witches tea party takes place in Echidna’s dream palace (or mind palace). This is a place constructed by Echidna and only the people she deems worthy are allowed to enter it. Also it is kind of an alternate imaginary dimension. The Witches we see in the tea party are very similar to an illusion. In reality they are all dead. They exist in the form of souls merely because Echidna wants them to. They all draw power from Echidna’s existence in the dream palace. However, that’s not the case with Satella.

Satella is still alive somewhere in the world. Subaru even encountered her in the real world in his previous loops.  During that meeting, she swallowed the Sanctuary and its residents with her dark shadow, while obsessing over Subaru with her eerie confessions of love. Could she have attended Echidna’s tea party to do the same?

Why did Satella come to the Witches Tea Party?

Well, it seems not. From the light novels of Re:Zero, it is clear that Satella has only attended the Witches Tea Party party in order to have a chat with Subaru. After the major reveal about her personality, we know that Satella has a side that cares for Subaru very much. She bore him no ill will. Satella was visibly pained when Subaru ended his life using Petra’s handkerchief the last time they met. She was also saddened by the fact that Subaru did not value his life much.

Subaru has been using the return by death given to him by Satella, time and again in order to save the others around him. But watching him die apparently pains her a lot. So this time, she came to meet Subaru to explicitly tell him just one thing.

Love Yourself. Add your name to the list of people that you want to save!

Satella to Subaru at the tea party

Satella wanted to let Subaru know that there are people who cared about him. There are people who are pained to see him hurt. There are people who have been saved by him and want to do the same to him. And hence she requests him to not loathe himself. She showers him with care, and thanks him for “giving her light, showing her the outside world, holding her hand when she was lonely, and kissing her when she was all alone.” However, this dialogue is only shown in the novels and not in the anime. Maybe because it is a key factor that points towards Satella’s real identity.

Also except Echidna, the other witches don’t seem to have much of a problem with Satella. In fact, Typhon, the witch of pride, even greets her cheerfully calling her “Tella”. This is because it is the Witch of Envy who is a threat to them and not Satella. The third witches’ tea party makes Subaru reconsider a lot of things, including the way he considered dying as the only useful thing he could do. His interaction with all the witches, especially Satella brings about a huge change in him.

He acknowledges that he is afraid of dying and that he would value his life more. This plays a crucial part in him rejecting Echidna’s contract!

And this makes us question. Who could Satella be? Is she in any way connected to Emilia? What are your thoughts on this? Let us know your opinions in the comments section!