Daphne’s Advice To Subaru For Defeating The Great Rabbit 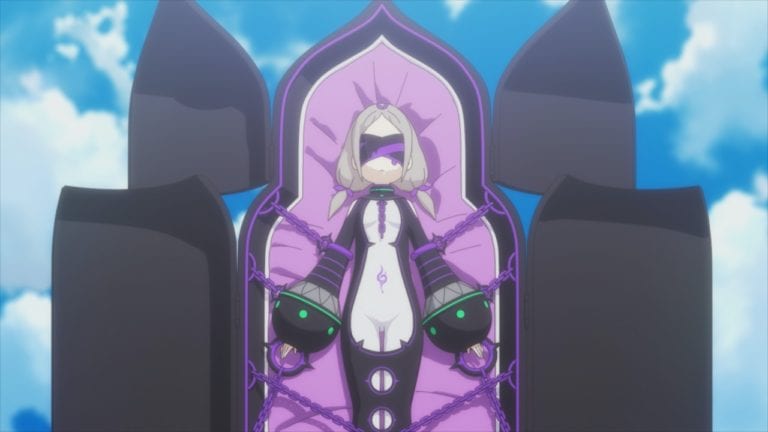 The Great Rabbit is one of the three great mabeasts or the demon beasts that the Witch of Gluttony Daphne created. They hunt in hordes and are difficult to subjugate. The main reason for this is their innate ability to survive by dividing and multiplying. You can know more about the Great Rabbit and their abilities by clicking this post here.

Facing such a difficult adversary immediately after his recent encounter with the White Whale and the Witch’s Cult seemed like too big a thing to handle for Subaru. Running away was not an option here, as the barrier surrounding the Sanctuary would only trap the demi humans inside. So the only possible route for survival was to defeat the Great Rabbit.

But like Echidna said in her tea party, exterminating the great rabbit is akin to vaporizing the whole lot not allowing a single drop to fall. Even if one rabbit in the horde manages to survive, it will again multiply and continue to ravage every living being around them. In terms of strength and combat power, the Great Rabbit could be considered weaker than its compatriot, the White Whale. But in terms of subjugation, the Great Rabbit easily outranks the White Whale due to its ability to infinitely divide. Watching Subaru at his wit’s end, Echidna offers to let him speak to Daphne in order to come up with a way to defeat the Great Rabbit.

After his not so smooth encounters with the Witches Typhon and Minerva in the tea party (Re:Zero Season 2 Episode 9, LN Vol 11) Subaru comes face to face with Daphne, the Witch of Gluttony. The “mother” of the great mabeasts was firmly bound by chains inside a coffin and had her hands covered. However, despite her eerie appearance and her insatiable hunger pangs (which she imparted to the Great Rabbit), she gives Subaru an idea to defeat one of her sinister creations.

And if you did watch Subaru’s encounter with Daphne, you should know already that she refers to the demon beasts as Whaley, Buuunny and Snakey! Witches really are strange…

How can the Great Rabbit be defeated?

Like any other Mabeasts the great rabbit is attracted to mana. They rely on mana to search for their prey. The sanctuary had large amounts of mana inside due to the demi humans and the people of Arlam village (along with Subaru, Emilia, Roswaal and Ram) who had come there. And that’s the reason why the Great Rabbit targeted the Sanctuary. Daphne asks Subaru to use this very predatory instinct of the rabbits against them.

The Witch of Gluttony instructs Subaru to use a strong magic user as a decoy in order to lure the Great Rabbit. The huge amount of mana will catch their senses and the entire horde will be easily attracted to it. That would help them to take it out the entire horde all at once.

However, considering how even a single rabbit could not be left to live, Subaru questions the effectiveness of Daphne’s plan. He wasn’t sure that the whole horde would take the bait. Because that’s how hordes work, don’t they? Some of the rabbits are bound to go astray and wander off in different places right? But that does not seem to be the case with the Great Rabbit.

It could be said that the Great Rabbit began from one single individual rabbit. So no matter how big the horde is, they all share a single mind. It has no other desire than trying to satiate its extreme hunger. It simply wants to eat. And with such a large mana acting as a lure, Daphne assures Subaru that the Great Rabbit won’t have the brains to keep itself from being destroyed.

While the plan does sound enticing, Subaru will need to have strong allies from within the Sanctuary in order to be able to destroy the Great Rabbit. From the experience in his previous loop, it seems like Roswaal, Emilia, Ram, Garfiel and the others were not able to stop the onslaught of the demon beast.

However, it seems that the defeat of the Great Rabbit will take a backseat for the time being, because Subaru just had his first encounter with the Witch of Envy Satella. Looking at how things are proceeding, he will first have to give his best to stop the witch who is crazily obsessed about him. Then he can focus on taking down rabbits and the threat posed by Elsa Granhiert to the mansion.