New Higurashi: When They Cry Anime To Start Airing From Oct. 1 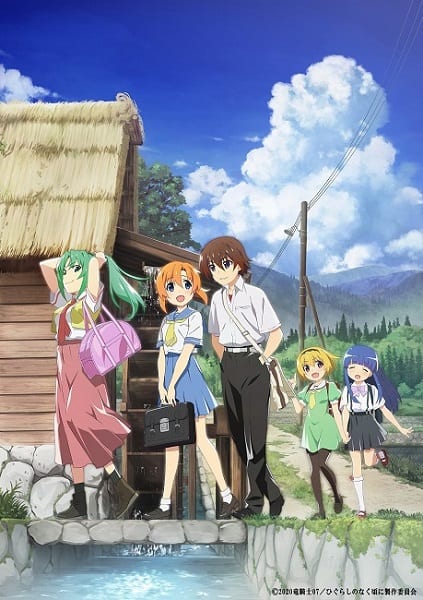 The reboot of Higurashi: When They Cry anime will premiere on October 1, the official website of the anime revealed on Friday. The first 13 episodes are slated to be broadcast starting from October 1. Episode 14 will start airing from January 7, 2021.

A new visual and promotional video were released on the official website to commemorate the date of broadcast. Higurashi: When They Cry was originally set to air in July but was delayed due to the effects of the COVID-19 pandemic.

The anime will be broadcast on Tokyo MX and BS11 channels at 23:30. Starting from episode 14, the show will air one hour later than the first half.

Keiichiro Kawaguchi is directing the series at Passione. Naoki Hayashi is in charge of the series composition and Akio Watanabe is designing the characters. Kenji Kawai will resume his role as the music composer for the series. The official website confirmed that most of the cast from the previous instalment of the anime will be returning to reprise their roles including Sōichiro Hoshi as Keiichi Maebara, Mai Nakahara as Rena Ryūgū, Satsuki Yukino as Mion Sonozaki, Mika Kanai as Satoko Hōjō, and Yukari Tamura as Rika Furude.

Higurashi: When They Cry is a Japanese murder mystery dōjin soft visual novel series produced by 07th Expansion. The story revolves around murders that coincide with an annual festival in a quiet rural village. A manga adaptation for the same by Tomato Akase will launch in Kadokawa’s Young Ace Up service on October 2, ANN reported.

An anime based on the visual novel was launched in 2006 and ran for 26 episodes. A sequel titled When They Cry II: Solutions aired in 2007 with 27 episodes.