The threat that was looming over Konoha has now landed and things are not looking good for the two most powerful shinobi of the Hidden Leaf Village. After fending off Kashin Koji, who was Jiraiya’s clone, and successfully taking over Jigen’s body, Isshiki Otsutsuki has come in search of Kawaki, so that he could reincarnate … 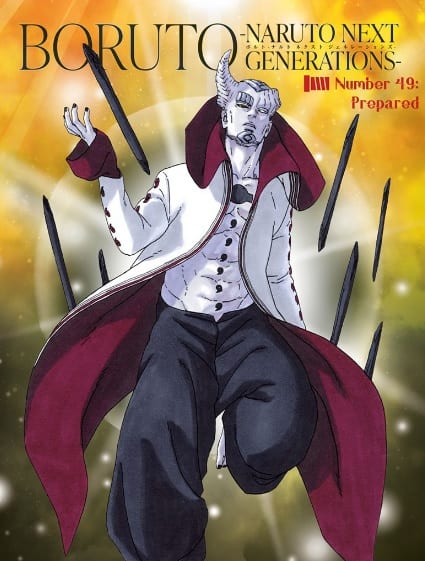 The threat that was looming over Konoha has now landed and things are not looking good for the two most powerful shinobi of the Hidden Leaf Village. After fending off Kashin Koji, who was Jiraiya’s clone, and successfully taking over Jigen’s body, Isshiki Otsutsuki has come in search of Kawaki, so that he could reincarnate properly this time.

Though Isshiki was surprised to see Naruto at first, he did not break a sweat to put the seventh Hokage on his backfoot. The Otsutsuki had a clear upper hand in the battle between the two. But he soon realises that it would not be easy to obtain Kawaki’s location from Naruto. And so he chooses the twisted method of targeting the citizens of Konoha till the latter would give up. The situation could have been pretty worse had Sasuke not intervened at the right moment. And he has entered the battlefield with an action plan.

Sasuke and Naruto realised well in advance that both of them are no match for a newly reincarnated Isshiki Otsutsuki. Naruto orders Shikamaru and the others at the Hokage office to evacuate the citizens and heads to the fight fully knowing that this could very well be his last one. The same goes for Sasuke. However, the Uchiha has an ace up his sleeve unlike Naruto.

Sasuke anticipated that Isshiki would use underhanded techniques to find out where Kawaki is. Keeping the fight in Konoha would only hinder him and Naruto. And so, while Kawaki was being moved to a safe location, Sasuke makes a huge gamble and takes Boruto along with him to the fight. Boruto’s job would be to use the powers of his karma seal and teleport Isshiki away from the Hidden Leaf village. We say gamble, because the success of the plan depended on two unpredictable things. The first one was Boruto being able to pull off the teleportation jutsu, even though this would be his first time doing it on his own. The second was keeping Boruto’s involvement in the fight a secret. Naruto would not allow Boruto to fight (a father’s feelings) and Isshiki would be prepared when he sees Boruto activating his karma seal.

But all of this interaction is not revealed to the readers before.

So when Sasuke shows up a bit late and asks Naruto to cover him throwing kunais and other ninja tools we sense something important coming. However, the plan was not something new. We have seen Naruto and Sasuke use something similar before in their fight against Zabuza. So as Isshiki casually keeps shrinking the kunais being thrown at him, Sasuke also throws his swords in the fray. He takes the bait and tries to shrink them too, only to realise that one of them is a living person disguised as a sword. Isshiki’s Sukuna Hikona only works on inanimate objects and it can’t shrink living things other than himself. But it was too late now for him to come up with a counter.

As Boruto emerged and successfully teleported Isshiki away from Konoha, it turned out to be the best moment of Chapter 49. While this counts as a minor victory for team Boruto, the fight has only just begun. Naruto and Sasuke track Boruto’s chakra and immediately head over to the new location.

Sasuke probably realised that he and Naruto alone had no chance of winning against Isshiki They would be beaten and Isshiki would still come to Konoha to retrieve Kawaki. That would be a lose all situation. However, with the power of Boruto’s karma seal, their chances look much brighter. If Momoshiki manifests once again and Boruto is able to control it, then he can give Isshiki a run for his money.

But it is Boruto’s presence that also raises the death flags for both Sasuke and Naruto. Sasuke and Naruto would do anything to protect Boruto and Isshiki knows that. So he won’t shy away from using Boruto to make them surrender. The tensions are rising and we can tell that it is going to be one difficult battle for our heroes.

Thinking back to the flash forward scene from the very first chapter of Boruto manga, something tells us that all won’t end well for Sasuke and Naruto, because Kawaki does end up getting a Karma seal again. So we’ll have to wait and see how bad the damage would be. Let us hope that it won’t be more than what we are able to take.

What were your views about Boruto Chapter 49? Do you think Naruto and Sasuke would be able to survive the battle? Let us know your opinions in the comments section!