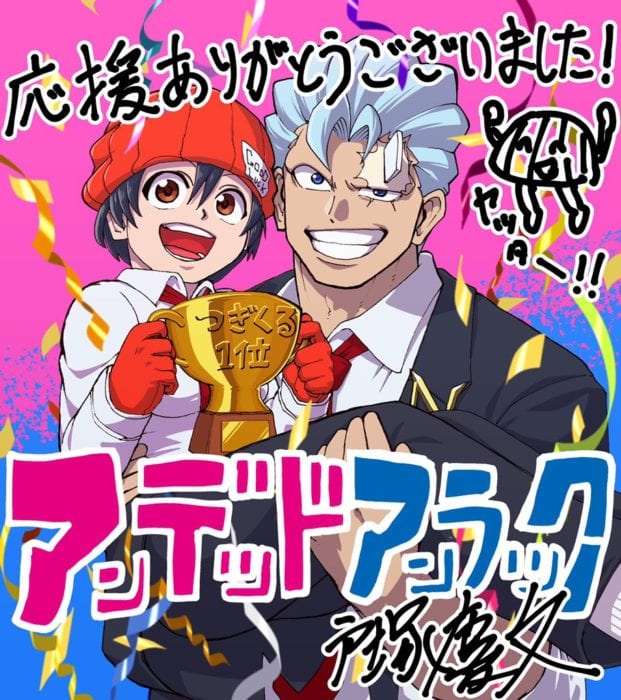 Undead Unluck and Boku no Kokoro no Yabai yatsu bagged the pole position in this year’s Tsugi ni Kuru Manga Taisho (abbreviated as Tsugimanga) awards for print and web comic category respectively. The winners were announced on a live stream on August 19.

Agravity Boys managed to come in 6th in the comic section while Mashle managed to  come in at 11th place. Mitama Security managed to rank 13th on the list. Undead Unluck will have color pages in Weekly Shonen Jump’s issue #38 for winning the award.

The nominees for the Tsugimanga 2020 were revealed last year. 50 nominees were chosen for each category from 4,768 entries that were received. The awards are to choose the best new up and coming manga every year.  The awards include two categories, one for print and one for online comics, and readers can vote for three series in each category. The award is co-organized by Kadokawa Media Factory’s book and manga news magazine Da Vinci and streaming service Niconico, ANN reported.

Attack On Titan Manga To End In April 2021