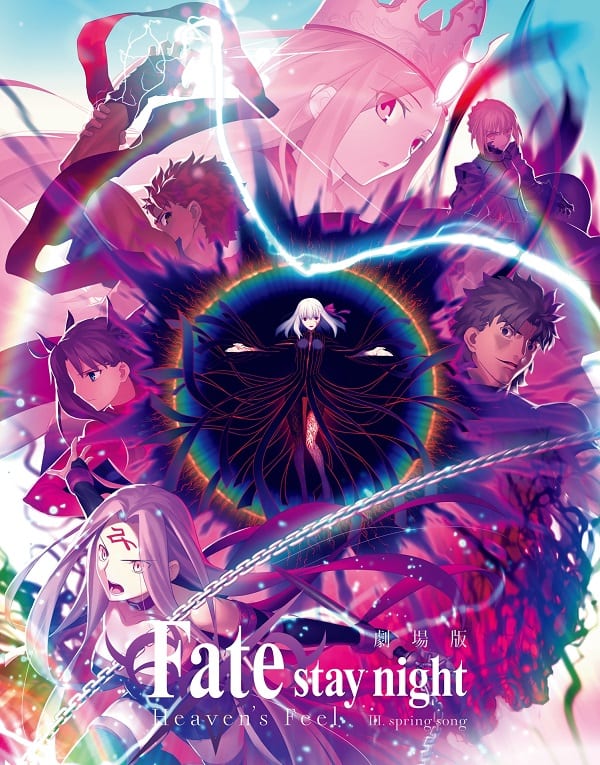 The film was originally supposed to release on March 28, but was postponed to April 25 due to the effects of COVID-19 pandemic in the country. It was then again delayed till further notice and finally released on August 15 in Japan.

The plot of the movie continues immediately from the events of Fate/stay night: Heaven’s Feel II. lost butterfly, and follows Shirou Emiya as he faces the remaining participants in the conclusion of the Holy Grail War and his efforts to save Sakura Matou.

Heaven’s Feel III. spring song is directed by Tomonori Sudo at Ufotable. Akira Hiyama is handling the story while Yuki Kajiura is in charge of the music.

This is not the first time the Fate/stay Night has managed to open at number 1 position in theatres. The first Fate/stay night: Heaven’s Feel film had  achieved a similar feat at the Japanese box office by both attendance and box office earnings in October 2017.

Aniplex of America originally planned to present a preview screening of the film in the United States on April 17, 2020 and to begin wider theatrical screenings across the United States starting on May 7, 2020. However, due to concerns over the COVID-19 pandemic, the premiere was cancelled, and all other screenings were postponed.