Fruits Basket: What Is The Sohma Curse? 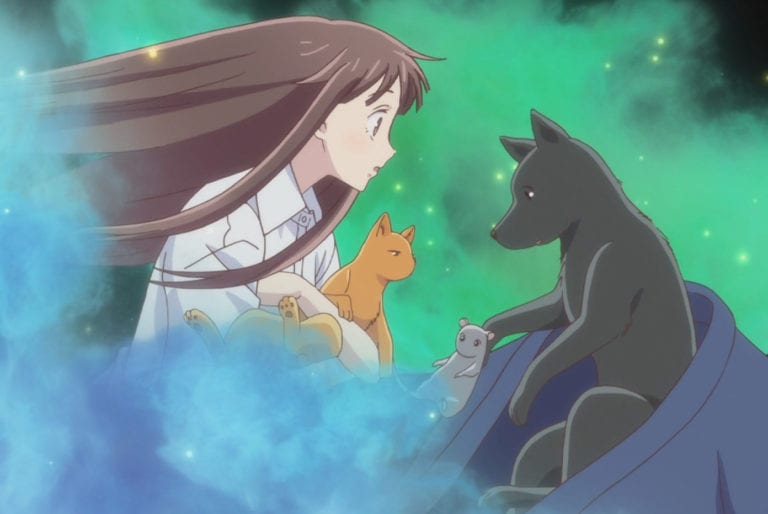 The Sohma Curse or the Zodiac Curse is something that affects a few random (fourteen to be precise) members of the Sohma Family. These members are also called Zodiacs. The most striking feature of the Sohma curse is that, when these Zodiacs hug or are hugged by a person of the opposite gender they transform into their respective zodiac animals. The transformation also happens if they are under a great deal of stress or exhausted. However, they don’t transform if the person hugging them is also affected by the curse.

The other facets of the curse include, being born two months premature, possessing distinct characteristics of the animals they transform into (Hatsuharu’s differing personality due to the Ox’s spirit, Kagura only being able to run in straight lines as she is possessed by the Wild Boar, Kisa Sohma’s hair and eyes being Golden because of her Tiger’s spirit) and being able to attract animals of their possessed Zodiac animal.

However, this is not all there is. The most agonizing part about the Zodiac curse is the strong invisible bond that they share with the “God” (Akito in the current scenario), which makes it hard for them to defy that person. However, what is the cause of this strong bond and what is the true nature of the curse?

What is the Sohma curse really in Fruits Basket?

The Sohma curse is actually a bond that exists between the thirteen Zodiac members in the Sohma family and the God.

This bond has existed for a long time in the Sohma family and is the result of a spell that was cast by a man believed to be their God. According to the Zodiac legend, this man, possessed a thousand powers and had lived a thousand lives. His memories stretched back to millenia, which made him realise that he was not like the other humans at all. And so this man lived a very lonely life on top of a mountain, afraid that he will be hurt by the humans who were different.

One day, a cat came to him and offered to be his friend, saying that it had been watching the man for a long time. This new bond which he had formed made the man very happy. Realizing that he could be friends with animals and get over his loneliness, he sought out more animals to be his companions and sent out invitations to anyone willing to join him. Eventually the man befriended twelve more animals. These are the animals that became a part of the Chinese Zodiac.

After this encounter, the man (who was seen as a God) and the thirteen animals he bonded with, would  have a banquet every night the moon shone. In these banquets they would sing, dance, laugh and have a great time in each other’s company. However, when the cat suddenly collapsed at one of their usual banquets, it made the man and other animals realize that everything in this world was destined to end.

Unwilling to let their unique bond die, the man decides to use a spell in order to make their friendship last for eternity. This idea was however opposed by the cat, which made the other animals believe that the cat had betrayed them (also the reason why he is no longer invited to the banquet). The other animals promised that they would continue to hold banquets and that their bonds would never fade away.

Due to this spell, various members of the Sohma family were reincarnated as the God and the thirteen Zodiac animals long after the man and the animals passed away. Even though the members didn’t have any memory of the promise they made to the man (who was their God) or the spell that was cast on them, they were still bound by it because the blood of the Zodiac spirits apparently remember it.

As Kazuma Sohma theorized in Fruits Basket Season 2, the God and the thirteen animals are in a “world” all their own. It’s hard for the others to grasp what emotions transpired between them. The bond that the Zodiacs share is pretty intense and can transcend words and physical actions. This is the reason why the cursed Sohmas are not able to defy Akito despite all the abuse that has been meted out to them.

To the Zodiacs, Akito is someone to be feared and respected. Even if they don’t wish for it, the blood of the Zodiac spirits in them make the Zodiacs deeply connected to Akito (or their God). The animal spirits in the cursed Sohmas are always waiting for their God, to fulfill their promise to him. This is the main reason why they are drawn to Akito and are immensely hurt by even a few words of rejection.

The original bond between the Sohmas was supposed to be a sacred one of friendship, oozing with happiness. However, as time passed and the memories were forgotten, the cursed members of the Sohma family continued to be drawn to the person who would be reincarnated as God and harbor intense feelings towards them even against their own free will. These unbreakable and unconditional feelings resulted in generations of abuse and isolation in the family, making the bond more of a burden to those who bore it. While it has not been confirmed, this could be one of the primary reasons why it is referred to as a curse.

This is also the primary reason why Tohru and the others are aiming to break the bond, so that the people affected by it may live a life free of any forced obligations. Instead of being smothered by a curse and their fate, they could choose how to live their lives.