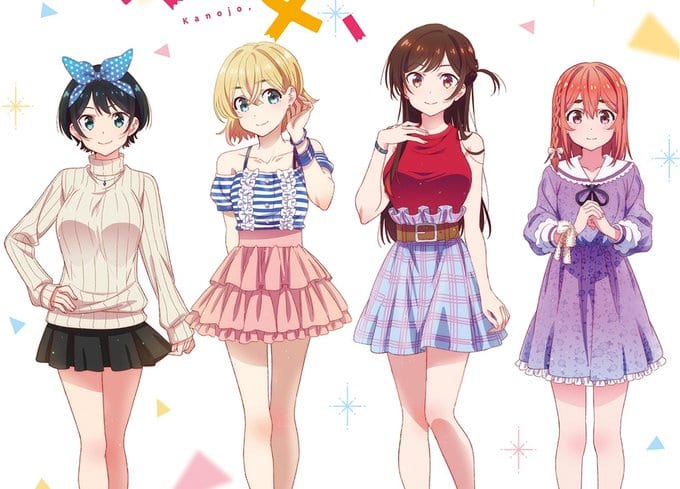 The official twitter account of Reiji Miyajima’s Kanojo, Okarishimasu (Rent a Girlfriend) anime launched a brand new Promotional video for the anime, revealing a July 10 premiere date for the show.

According to the tweet, the PV reveals additional staff detail, along with giving a glimpse of the story.

The new cast includes Yukari Nozawa, who voices Kazunori Kinoshita, Kazuya’s grandmother. In addition to that, Sakayuki Akasaka will be voicing Yoshiaki Kibe & Taketo Kajiwara will be voicing Kuribayashi Hayao.

The anime is being directed by Koga Kazuomi at TMS Entertainment. Hirota Mitsuki is in charge of series composition while character design will be handled by Hirayama Kana. Minoru Akiba will serve as the art director, while the music will be handled by Hyadain.

The new PV also features the opening theme “Centimeter” which is performed by The Peggies.

The previously announced cast for the anime include;

Based on the manga written and illustrated by Reiji Miyajima, Rent a Girlfriend follows Kazuya Kinoshita who uses an online app to rent a girlfriend named Chizuru Mizuhara after breaking up with his girlfriend.

The manga began serialization in Kodansha’s Weekly Shōnen Magazine in July 2017, and has been compiled into 14 volumes as of March 2020.