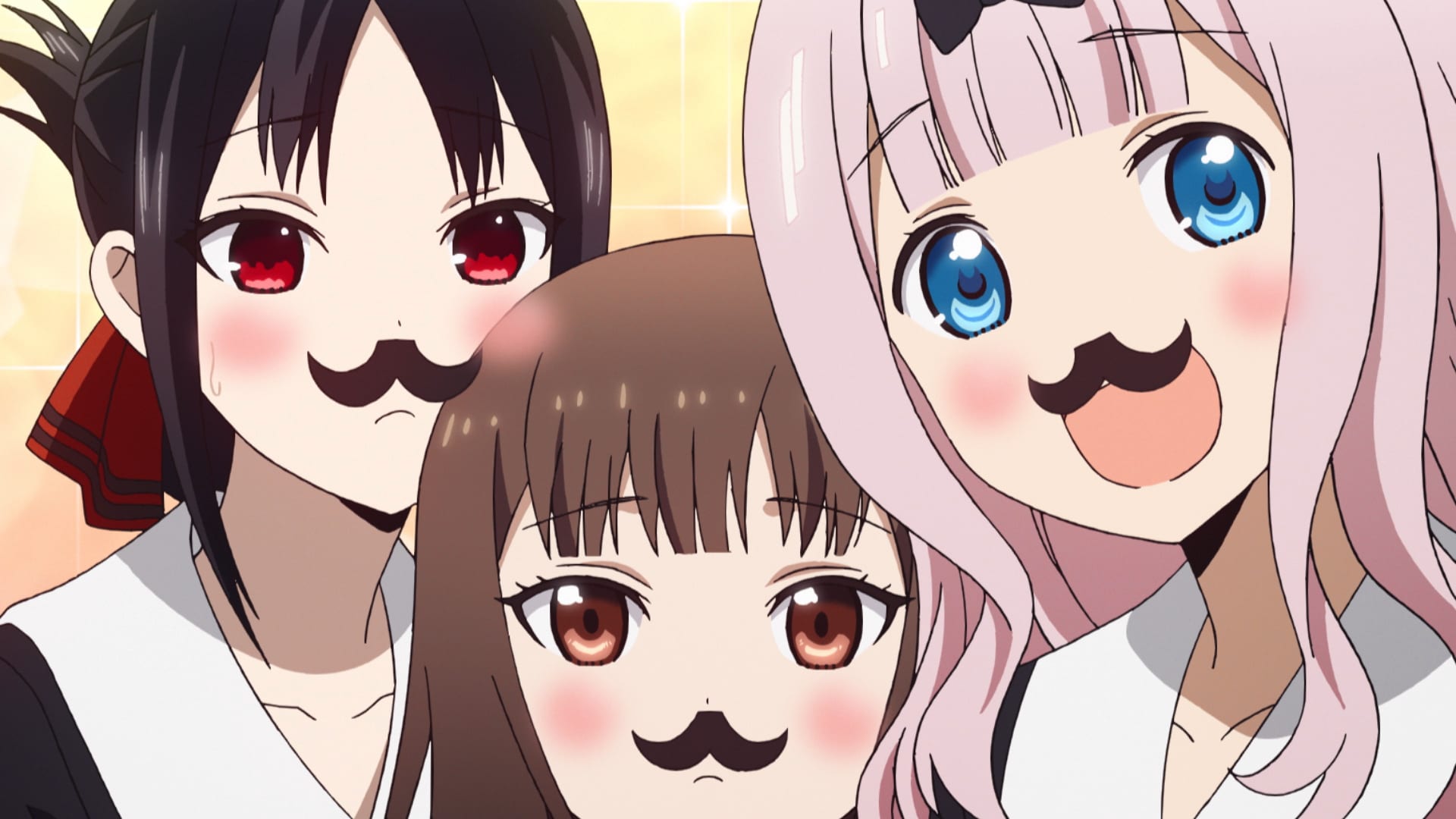 With another brilliant episode of Kaguya Sama season 2 coming to pass, fans can’t stop talking about how the show is maintaining its amazing quality week after week.

The episode begins with Miko Iino reprimanding  everyone at the student council for their behaviour. She managed to get on the wrong side of Kaguya when she berated the president. Just as Kaguya was about hand out a stern warning to Miko, the latter’s statement about Miyuki and Kaguya being in love catches her off guard. The next second Kaguya was squirming, totally losing grasp of the situation around her.

Ishigami tries to give his two cents on Miko’s idealistic behaviour and how it might irritate people. But he ends up getting brushed aside with contempt. That’s when Chika steps in and decides to toy around with the innocent new member of the student council.

Under Chika’s guidance, Miko’s first task is to learn to control her temper when others break the rules. Ishigami going all out like a boss to do what he wants and then Shirogane nonchalantly pulling up a chair to  join him in playing Mario kart Marine Kart literally made the idealist in Miko go crazy.

Chika then coaxes Miko into breaking some rules herself as the girls have a photo session of making weird faces. No plan coming from Chika is without an ulterior motive. Look closely and you’ll notice that Chika now has enough weird faces of Miko and Kaguya to blackmail them. Seeing how she cheered them on from the sidelines, we can’t help but wonder if it was all intentional.

But then Chika’s plans don’t end well either. Kaguya suddenly pulling a weird face out of nowhere for Shirogane, expecting him to call her cute, was totally hilarious. However, Ishigami’s blunt reply poured water on her hopes. Kaguya’s lack of knowledge about everything that is trending and related to the youth is becoming more apparent with every passing episode. It is this nescience, coupled with Chika’s random encouragement, that manages to turn her into a laughing stock in most situations (and we kinda feel bad for her).

In the next part, we have the cliched trapped in a closed room scenario as our protagonists end up getting trapped in the shed together. Kaguya and Miyuki end up believing that the scenario was purposely crafted by the other, while it was a stuck branch that caused the whole thing. Needless to say, their egos come into play as both of them decide to go along with the situation in order to see how the other would react. The mind games continue and the excitement builds up to a point where they are poised to make a huge breakthrough in their relationship. However, Miko barges in on them in an awkward position (again) and ruins Kaguya’s chance to have her first kiss with Miyuki.

This part shows how far the relationship between Kaguya and Miyuki has progressed. For a moment, Kaguya was willing to let Miyuki kiss her (and Miyuki too had some lewd thoughts, we are sure). But seeing how Kaguya ran out all flustered, thanking Miko for saving her, we can’t help but think that the anime subtly pointed out how stressful the acts of romance, including kissing, could be for teenagers (especially if it’s forced).

Later, when Kaguya faints in the student council room, we thought that the series was prepping for its final arc of the second season by mimicking the common tropes of tragic k-dramas (especially after all the manga foreshadowing in the previous episode). Knowing that Kaguya’s mom too died of a similar disease and family doctor drawing comparisons between the two only made us wonder whether the show had suddenly shifted lanes into the emotional drama genre.

However, after the momentary scare, the episode was back to its usual silliness as Kaguya’s heart was found to be perfectly healthy. Instead, she was medically diagnosed with the help of modern hi-tech tools to be a tsundere suffering from lovesickness (she might be the first girl to be diagnosed so).

While the diagnosis was meant to add to the humor of the episode, Kaguya’s reluctance to accept it or understand her own emotions paints a different story altogether. This shows how different she is from the other teenagers of her age. As Kaguya argues with the doctor like an idiot, poor Hayasaka can’t help but cover her face in shame. She’d be better off finding a new hospital to go to.

In the end, Aka Akasaka and the creators of the show baited us with the brilliant writing. The episode teased us hard with the near kiss and the terminally-ill girlfriend trope. And though nothing significant came out of it these incidents will certainly have some long running consequences.