Are Humans Behind The Petrification In Dr. Stone? 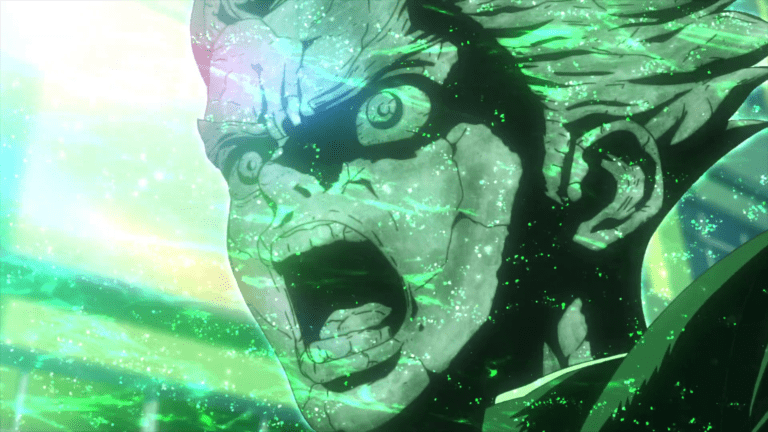 The whole plot of Dr. Stone revolves around the phenomenon of petrification which took place at the beginning of the anime and pushed the modern world into utter stone age. The significance of the incident cannot be downplayed at all, as the fans and the protagonist Senku Ishigami are searching for the cause and reason of the petrification.

Numerous theories have been floated regarding the origins and the cause of petrification in the anime. One such theory is whether the petrification was a man made phenomenon. This is one of the more plausible theories we think is out there. Read on to find out our two bits on the topic!

Lets start with the basics,

What is Petrification in Dr. Stone?

Petrification is an impulse incident in Dr. Stone which turned the whole human and swallow population into stones. This phenomenon happened out of the blue one fine day, on 12th June 2019 to be precise, as an emerald light wave flashing from the sky turned humans and swallows enigmatically into stone effigies. People who were not on the earth’s surface were not affected by this phenomenon.

Initially, people came across stone swallows falling from the sky on the day of the petrification. After a few occurrences of such petrified swallows, the petrification quickly spread on a large scale turning the whole human population into stone.

So is the phenomenon of Petrification man-made in Dr. Stone?

According to Ishigami Byakuya and the astronauts, the petrification originated someplace in South America. There was no evidence of extraterrestrial or cosmic intervention shown in the anime, or noticed by the astronauts as such. So considering this, it is highly possible that the petrification could be a result of a failed experiment.

The occurrences of stone swallow effigies before the human population was converted into stone, points to the fact that someone or some organisation was carrying out a large scale experiment on the swallows. While it could also be some sort of a natural occurrence, the flow of events strongly point to the fact that humans were involved and it certainly has something to do  with an experiment to further humanity.

Wait? Experiment to further humanity? You mean to take humanity to the next level? Yes, that’s exactly what we mean. And to know why we think so just look at what happens when someone is de-petrified.

De-petrification is the process of reviving humans and swallows after being petrified. The only known ways are a combination of having consciousness and along with being in contact with nitric acid or using the formula that Senku crafted to depetrify the humans with nitric acid and alcohol (Also known as stone formula or Nital-etch).

However, the most significant part about de-petrification is that it heals any sort of injuries the person may have had before he was petrified. Senku literally died when his cervical plexus was broken by Tsukasa. However, the broken bone was fixed and Senku was revived thanks to the small petrified part on the back of his neck, which healed his broken bone on being de-petrified.

This proves that petrification has amazing healing qualities. So it is totally possible that some scientists could have devised petrification as an all cure method. However, due to some kind of error, their experimentation could have gone kaput resulting in the whole human population turning into stones.

It could also be possible that someone tried to sabotage the “all-cure petrification experiment”. If Senku inadvertently ends up reviving these people, they could end up being the main villains of the whole series.Thinking practically, the only people who would want an “all-cure” experiment to fail could be huge pharmaceutical conglomerates and hospitals, whose business would go down if there were no more sick people.

However, this is just us speculating on what could be possible and it could very well be a tinfoil theory. What are your views on the petrification that took place in Dr. Stone? Could it be a manmade phenomenon? Let us know your answers in the comments section!!!