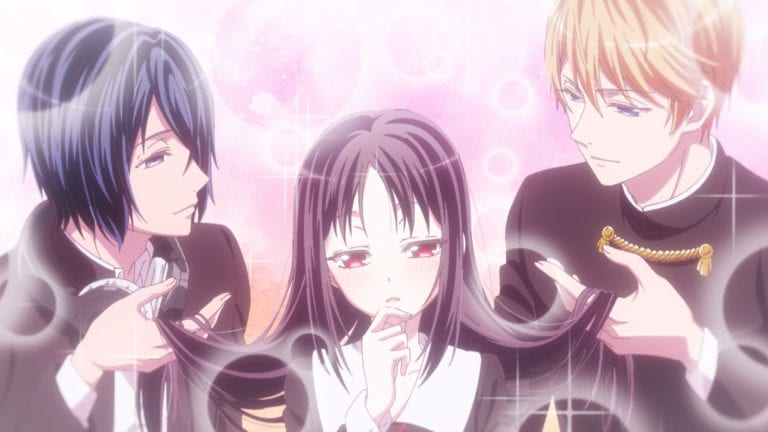 Kaguya sama Season 2 returned to its rom-com roots with the latest episode, after serving us with an emotional platter the previous week. Kaguya Sama Love is War Season 2 Episode 7 manages to scale the peaks of comedy and simply put, is the most hilarious episode of the series so far.

Episode 6 and 7 of Kaguya Sama Season 2 were polar opposites in all respects, however, together they managed to take the series to new heights.

Seeing Shirogane in a new light after the events of the previous episode, Miko Iino had agreed to join the student council. However, she wouldn’t have imagined it in her dreams that her student council life will be off to such a traumatizing start.

The running gag of Miko Iino walking in on everything happening in the student council room at the wrong moment was no doubt the best part of Kaguya Sama Season 2 Episode 7 which capitalised heavily on the wacky humour stemming from misunderstandings.

Miko’s first shocker comes when she walks in on Kaguya ostracizing Miyuki for being a ‘man-whore’ and running out of the student council room while the latter is in tow screaming that he likes black laced ‘pantsu’. Scared that a creepy and perverted Shirogane will attack her, Miko runs away. Shirogane’s character no doubt managed to hit new lows in her mind.

The root cause of the misunderstanding can be traced back to Chika Fujiwara’s  (the queen of chaos) and  Ishigami’s argument about what type of underwear is better. Ishigami states that guys who wear boxer briefs are nothing but man whores. Kaguya’s obvious lack of common sense in such matters made her take Ishigami’s statement to heart.

This makes her curious about what kind of underwear Miyuki loves, with the underlying intention of wanting to know if he is a “man-whore” too.

However, things take a silly turn with misunderstandings playing a huge role (which is quite common when these two are involved). In the end, poor Miko was the one affected the most by how things played out.

This episode of Kaguya Sama proved that it is one of the few shows capable enough to handle the jokes on underwear, which can get highly annoying at times, in a witty way, focusing on everything from student’s embarrassment in discussing the topic to their likes and dislikes about the same. Credits to the Aka Akasaka for having come up with such an amazing plot!

In a so called continuation of events, we see that Kaguya now wants Shirogane to stop cheating on her (even though they are not dating) and is hounding Hayasaka for advice. The incidents that follow lead to Miko’s second traumatizing experience with the student council.

Hayasaka citing scientific conjectures and hormonal releases to suggest that Kaguya have sex with Shirogane is outright hilarious, so is her imitation of Kaguya being too shy to even say sex properly. Hayasaka is easily one of the best supporting characters to have graced the anime industry in recent times, with her perfectly timed trolls and straight-face one liners which destroy Kaguya being unmatched.

Stating her dislike for dirty stuff, Kaguya eventually settles for a hand massage to make Miyuki fall for her. However, as expected from a person with no experience, she ends up hurting Miyuki rather than giving him a pleasurable experience.

While this part was hilarious without a doubt, it also paints an image of how differently Kaguya has been brought up. Though Kaguya has a huge skillset, she is a total novice when it comes to normal day to day things in life. Shirogane realises this and is able to empathise with her, even at the cost of a painful hand massage. The anime is littered with such small subtle scenes, which brings forth the emotions otherwise overlooked in the humorous and witty ego clashes of the protagonists.

But then, Kaguya’s hand massage quickly turns into something else (the kind of a massage needs you to remove your belt) and Miko runs in on them in a very suggestive position with Kaguya on top of Shirogane. We are sure watching the vice-president and president going for it in the “sacred student council room” ended up scarring Miko’s gentle and innocent heart.

When you thought the episode couldn’t get any better, Kaguya Sama comes up with the top notch shoujo skit as Miko’s hilariously awful start to her time at student council continued. Walking in on Ishigami and Shirogane taping Chika’s mouth gave her the impression that Chika was being harassed. Brave little Miko returned to save Chika only to realise that the “traumatizing incidents” are all part of the daily shenanigans happening in the student council.

The scenes showing Ishigami crying at the obvious and totally expected tear-jerker plot of the shoujo manga, Shirogane air boxing after reading the manga in order to get over it and Chika blurting out the spoilers to Kaguya even before she could start reading the manga are totally relatable.

A-1 Studios then went above and beyond to animate the Shoujo Parody after the ED of the episode, with uber quality animation. A-1 definitely managed to hit the ball out of the park with this hilarious parody adaptation of the generic shoujo tropes, not leaving a single opportunity to poke fun at them. Kaguya drowning in the feelings of Ishigami and Shirogane, to the tune of their very shoujo like grunts in the background was too much to take and had us in splits.

Lastly, the voice actors did an amazing job for everyone with voice modulations sounding like music to our ears. Even the narrator’s falsetto during the shoujo parody act deserves a special mention.

What do you think of the latest episode of Kaguya Sama Love is War? Let us know in the comments section! 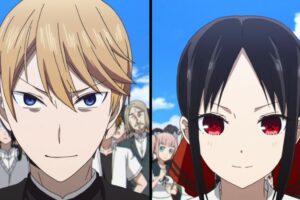 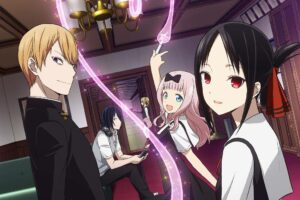 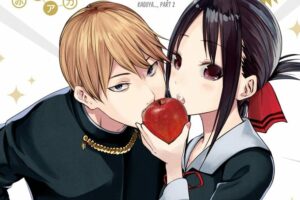 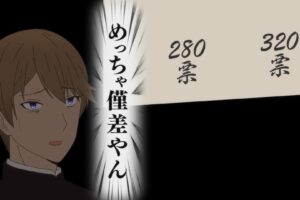