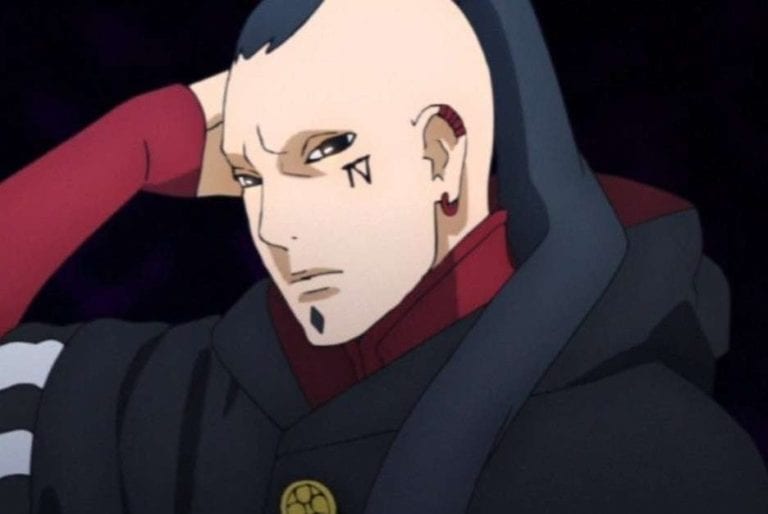 Fans of Boruto know Jigen as the main antagonist in the current arc of the manga. He is the leader of the mysterious organisation Kara and is the vessel to Isshiki Ohtsutsuki. His past and how he came to be the vessel for Isshiki were unknown. However, in Boruto chapter 46, Jigen’s past and his background were revealed to the reader. And guess what, the man we see is more than hundreds of years old.

Contents hide
Who is Jigen?
How did Jigen become Isshiki Ohtsutsuki’s vessel?
Drawbacks in Jigen’s body

From what was revealed in chapter 46 of Boruto manga, Jigen was a local monk, who was alive during the time the Ohtsutsuki’s came to Earth to plant the God Tree. Amado mentions that Jigen was quite the novice monk and it seems like he didn’t have much of luck too as he ended up being nearby Isshiki Ohtsutsuki when the latter was desperately looking for a vessel to survive.

Kaguya and Isshiki Ohtsutsuki had arrived on earth with their objective to plant the divine tree and harvest its chakra fruit. But, due to some unknown reasons, Kaguya turned on Isshiki Ohtsutsuki and attacked him. Taken by surprise, Isshiki ended up losing the battle and was barely hanging on to his life.

In his desperate search for a vessel to survive the ordeal, Isshiki stumbles upon Jigen who happened to be nearby. However, in his current state, Isshiki was muster the energy to embed a karma seal directly into Jigen.

He, therefore, used his secret jutsu Sukuna Hikona to shrink himself and entered Jigen’s body through his ear and began living inside him like a parasite. Slowly, Isshiki was able to take control over Jigen’s brain and body. This was different from how a karma seal functioned, because Isshiki was still alilve inside Jigen was controlling all his actions.

Later, he also embedded a karma seal onto Jigen so that he could be reborn in his true form.

However, since Jigen was a hastily chosen vessel, there is one major drawback in him. His body is not capable of handling the tremendous amounts of chakra that Isshiki Ohtsutsuki posseses. Even is Isshiki is reborn in Jigen’s body, his body won’t be able to bear the chakra and die within a few days.

And hence Isshiki is raising Kawaki to be his new vessel.

Do you think there could be more to Jigen’s past than what Amado has revealed to Naruto, Sasuke and Shikamaru at Konohagakure. Let us know in the comments section below!