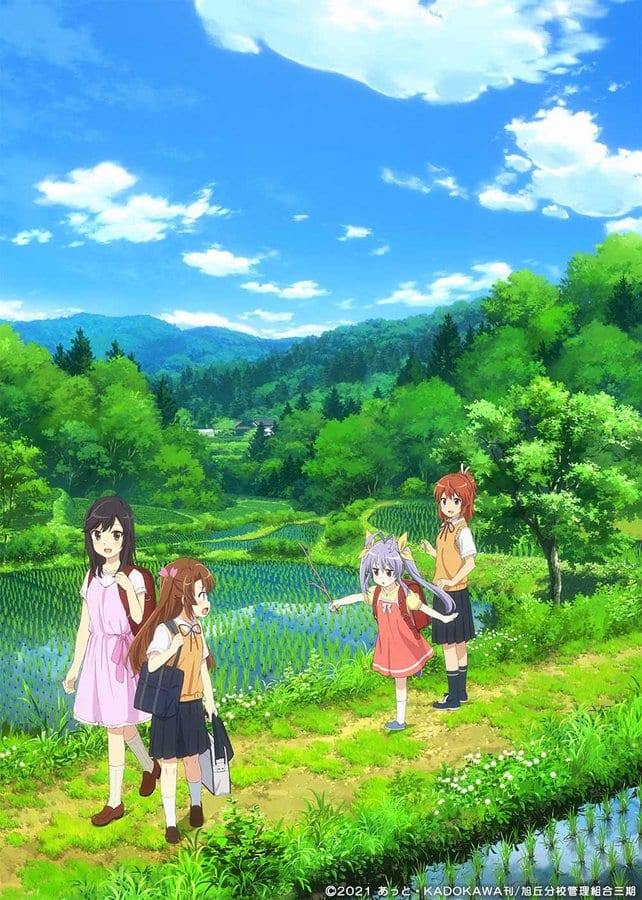 Kawatsura Shinya returns to direct the third season at Silver Link (Watamote, Baka & Test: Summon the beasts). The script will be handled by Yoshida Reiko while Mai Otsuka will be in charge of character designs. The visual released for the anime shows familiar characters Renge, Hotaru, Natsumi, and Komari in the green countryside.

The cast for the season is;

As the previous season, the official website of the anime has put a “?” for the cast of Komari and Natsumi’s brother Suguru.

Based on manga written and illustrated by Atto, Non Non Biyori chronicles the not so normal daily lives of a group of friends in the countryside small town village of Asahigaoka.The first season of the anime aired in Japan between October and December 2013. A second anime season aired between July and September 2015. Silver Link had previously adapted the manga into TV anime.