Will Mirio Togata aka Lemillion Get His Quirk Back? 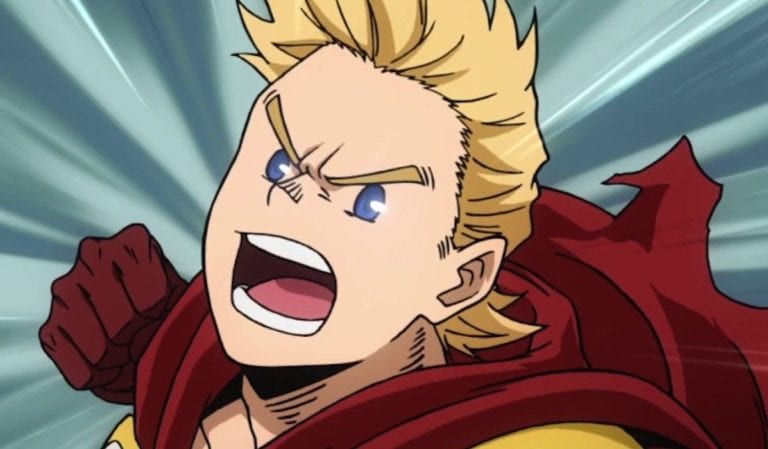 Mirio Togata became a fan favorite in Season 4 of My Hero Academia after getting to know his character and the efforts he put in to become one of the top three at U.A High. However, Togata’s fans were in for heartbreak when they saw him lose his quirk while protecting Eri from Kai Chisaki aka Overhaul.

Since then, My Hero Academia fans have been wondering if Mirio Togata aka Lemillion would get his quirk back? We shall try to answer the question in detail considering all the facts and foreshadowing the series has done so far.

But long answer short: Based on Sir Nighteye’s prediction, the existence of an antidote and Eri being able to rewind Mirio to his previous state in the future, there is a possibility that Mirio Togata (Lemillion) will regain his quirk. Read on to find out why we think so:

Contents hide
Sir Nighteye’s Prediction about Mirio’s future:
Mirio Togata can use the antidote to the bullet to regain his quirk:
Using Eri’s rewind to regain Lemillion’s quirk:

NOTE: As of chapter 292, LeMillion has received his quirk back. Although the way in which he got it back is not yet revealed.

While on his deathbed, Nighteye used his quirk ‘foresight’ to look into Mirio’s future and predicted that he would become an outstanding hero. This emotional and final interaction between mentor and tutor has a huge impact on Mirio and his character arc as a whole. As we can see for the rest of the season, he tries his best to live by what Nighteye said. Seeing the importance of this scene and how it made him more optimistic about the future, we can only come to one conclusion, Nighteye was not lying when he said Mirio would become a great hero.

However, becoming a great hero doesn’t necessarily mean that he’ll be able to regain his quirk ‘permeation.’ Knowing the type of person Mirio is, he will give his best and throw his life on the line even without a quirk to protect people. If he carries out such feats while assisting heroes, it could be enough to make him well known as normie who saved the lives of a lot of people, in short a great hero though missing his quirk.

But then, there is still a real possibility that Mirio Togata aka Lemillion could get his quirk back, and it is because of the following reason.

Mirio Togata can use the antidote to the bullet to regain his quirk:

Kai Chisaki aka Overhaul’s major intention was to make the yakuza Shie Hassaikai great again, resurrecting its glory days of the past. To do so he created the quirk destroying bullet using Eri and decided to provide it to the villains through the black market. However, he also developed an antidote for the drug which can be used to the revert the effects of the quirk destroying bullet.

Overhaul’s plan was to sell these antidotes to the heroes, who would then help the people who have lost their quirk. With Eri being the main ingredient on both sides, Shie Hassaikai will have a monopoly on the market and will be able to gain a lot of money.

However, all trace of the drug has been lost since the League of Villains ambushed Chisaki and stole the bullets. If the heroes are able to recover these bullets somehow, then Mirio Togata will definitely be able to get his quirk back.

The possibility of this method succeeding solely hinges on the fact that the antidote can be recovered. If it has been destroyed (as the league of villains are not looking for any sort of monopoly, they just want to defeat the heroes), then the chances of Mirio realistically regaining his quirk goes down the drain.

But then, there is another lifeline in front of Lemillion, though it appears to be a bit risky.

Shota Aizawa had suggested that there is a possibility of Mirio being able to regain his quirk by using Eri’s rewind ability to restore it. But then, this is something that will take time. Eri has not mastered the use of her quirk yet, and since the quirk can only work on humans, mastering it down the line is going to be a tough job for her (even under Aizawa’a guidance). If she does manage to gain control over it in the future (and that is a long way off in the future) then Lemillion, with his quirk regained, can very well become a great hero.

But this step has an unknown variable added to it along with the possibility of Eri not being able to master her quirk.

The quirk destroying bullets were made from Eri’s blood. It basically destroys the genetic mechanisms in one’s body that manifest the quest (in short the Quirk Factor). How exactly the bullets destroy the Quirk factor is not known. If it makes use of Eri’s quirk to rewind the body to a state where the Quirk factor is essentially nullified, then there is no way that Mirio will be able to get his quirk back with her help.

However, with the kind of hope that has been given to the fans, we are sure that Kohei Horikoshi will definitely pen the story in a way that Mirio regains his quirk and becomes a great hero. Mirio Togata was well received by the fans, so having him come back in the future as someone who could team up with Deku would only add to the plot of My Hero Academia.

What are your thoughts on Mirio regaining his quirk. You can discuss your views with everyone in our website’s forums!

Like we said, the cons aside, we believe that Mirio has a genuine possibility of getting his quirk back. We hope that it happens sooner rather than later, considering that All Might is effectively retired and the League of Villains gaining more power with every passing season. 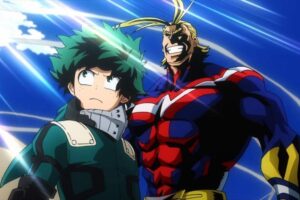 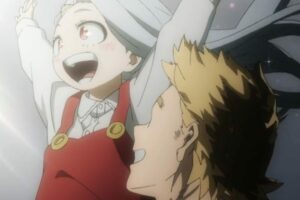 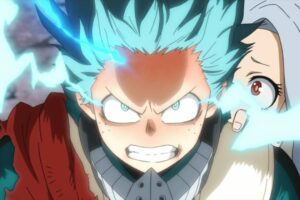