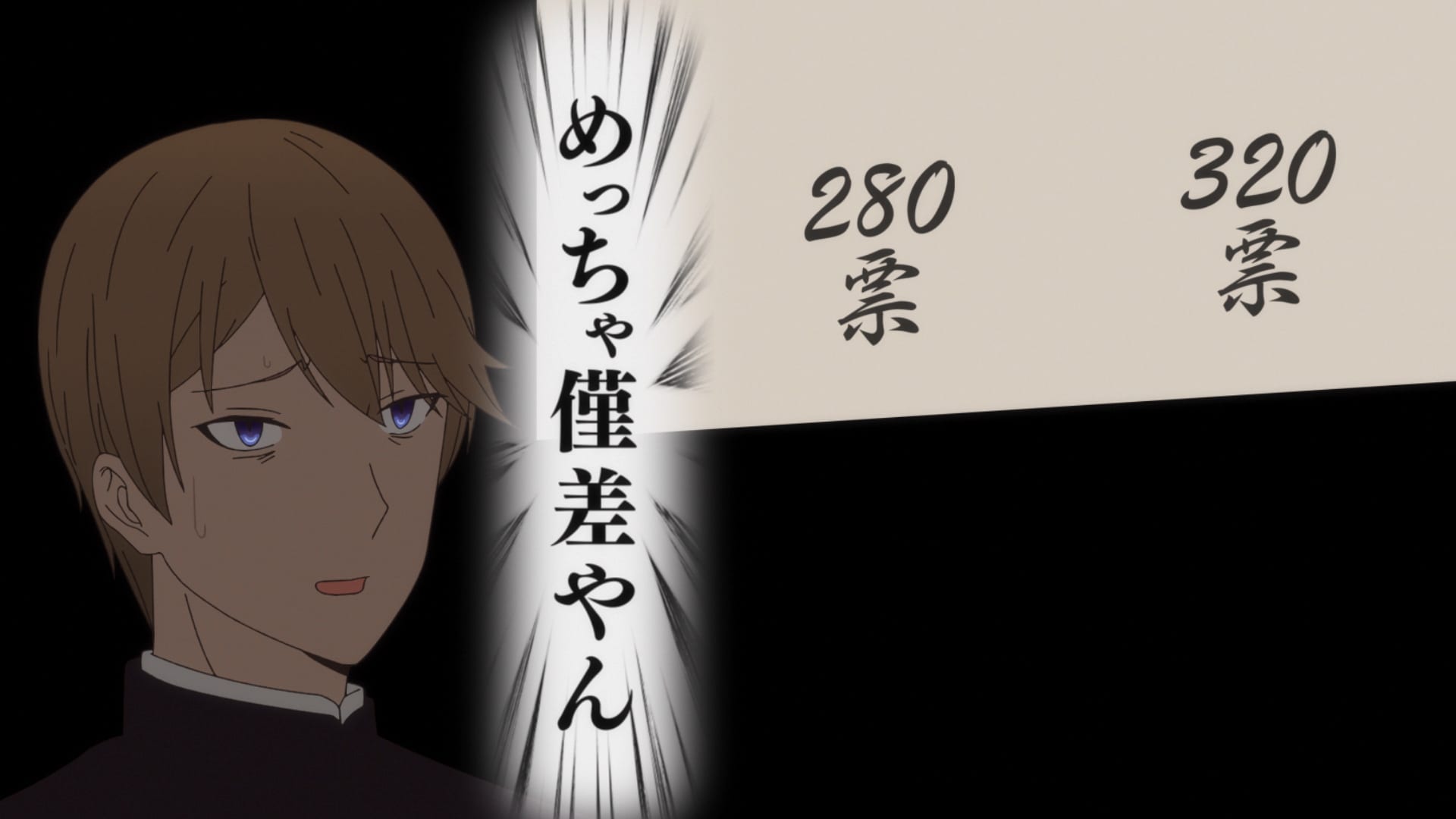 You get down to watch a Kaguya Sama episode with hopes that it will make you laugh out loud, however, the latest episode of the anime was more of an emotional rollercoaster ride, with the quality of a season finale. Kaguya Sama Love is War Season 2 Episode 6 is definitely a rewatch material through and through with perfect blend of sadness, inspiration, joy and a dose of Kaguya & Hayasaka humour.

Despite being a rom com, we see that even the newly introduced characters have amazing depths and backstories adding up perfectly to their current personalities. It’s something we should appreciate the creators of Kaguya Sama anime for getting spot on.

Judging by the quality of the episodes so far, A-1 pictures has really invested a lot in the series and it definitely is a 9+ in ratings for us. We have a genuine Spring 2020 entertainer here!

The major chunk of the episode focuses on the student council elections during which it brilliantly fleshes out Miko Iino’s character. However, the MVP of Kaguya Sama Season 2 Episode 6 undoubtedly has to be the student council president, elected for the second time in a row, Miyuki Shirogane.

If Shirogane ever decided to use a tagline as a hero, it would be  “I am being kind just for fun.”

Episode 6 begins with the candidates having to deliver their speeches, and the message is clear from the very beginning. The ex-council members do not mess around. Against Kobachi Osaragi’s normal speech (which went unheeded by many) describing Miko’s character, we see Kaguya Shinomiya exuding authority over the audience with her subtle power plays.

Coupled with Fujiwara strategically placing teachers near Shirogane’s dissenters to shut them up, Hayasaka commending the president with her time comments and Ishigami structuring the data and presentation for Kaguya to present, team Shirogane’s victory was all but confirmed. As we are left wondering why Miko Iino even bothered to compete against these heavy weights trying to force ideals and morals into high school students, we get an emotional backstory about her, which completely twists the opinion we had about her character.

The backstory changes her from just a boring idealistic competitor to a person whom we can relate to and eventually end up rooting for. The reason behind her obsession with ideals and morals all comes down to one thing, her loneliness. She feels that if the world were an ideal place, then her parents could have come home and spent more time with her.

The episode did a great job making us understand Miko Iino’s core character in just a couple of minutes and we as viewers were able to empathize with her actions and idealistic outlook.  However, the same cannot be said about her classmates.The whole montage about her time at highschool literally tugs at our heartstrings as we see her get bullied for standing up and trying to do what she felt was right. But then we can’t blame the students here as well, as they are only reacting normally to someone who would force you to shave your head or try to take away the fun part from your school lives.

Though trying to act strong, Osaragi notes that the bullying and teasing affects Miko greatly. Though she has nerves of steel, Miko is really just a normal girl who is honestly trying her best to make the world a better place in her own way. But all the shunning and rejection she faced from her classmates while growing up eventually makes her struggle speaking in front crowds and presenting her ideas confidently.

Her lack of confidence and insecurities were clearly on display as she was called to present her points in front of the audience. Miko almost ended up giving in to her demons from the past, until Shirogane decided to step up and save the day.

While he is usually overshadowed by other characters, it is episodes like this which bring us  closer to Shirogane. While he is hardworking and cool all the time, this type of selfless kindness is what makes him stand out from the others. The main focus of the show might be the funny situations that arise due to the misplaced egos of Kaguya and Miyuki, however, it is scenes like these which show why exactly Kaguya fell for him in the first place.

With Shirogane leading Miko on with his questions to keep her from faltering, the election debate becomes totally lit. They even came up with some sound reasoning to make boys have shaved heads.  Shirogane gives Miko something to focus on and present her points with conviction, which helps her win some followers in the end. While his genuine care for his opponent was commendable, it almost ended up costing him the election, as he won narrowly (320 vs 280).

Another thing we have observed over the course of this season is the growth of Ishigami as a supporting character, sticking by Shirogane’s side and spurring him to do the right thing in his own subtle way. While Ishigami has no love of Miko or her morals, he still hates it when someone mocks or bullies people who work hard and is angry for Miko’s sake. At first we are led to believe that he wants Miko to lose badly because of his general dislike for her, but deep down, he only wanted to prevent Miko from being laughed at (Ishigami-kun is a gem, truly!). Kudos to Shirogane for being able to understand Ishigami so well.

Watching the debate probably took a huge toll on Kaguya too, as she had to cope with Shirogane throwing away the humongous lead that she had worked hard to create (bribing the election committee, that’s a long way to go for your love). She would end up being hospitalized after the results were announced owing to the stress (though we believe part of it was due to Hayasaka YEETing her). Kaguya having a mental breakdown at the hospital and going on a rant is totally funny. She has already considered Shirogane as her husband (albeit one who doesn’t care about her at all).

The creepiest part has to be Hayasaka monitoring Kaguya’s rapidly deteriorating mental health, as she lacks the president’s attention, with the help of an app in her phone. That’s almost stalking!!

However, we see towards the end of the episode that Kaguya does get genuine care and affection from Shirogane, no matter how subtle it is. With the previous members retaining their roles and the addition of a new member to the student council, Kaguya Sama Love is War Season 2 is definitely going to get even more entertaining from now on.

Fruits Basket Season 2 Episode 7: Akito Is Here To Cause Trouble

You can discuss more about this episode in our forums!!