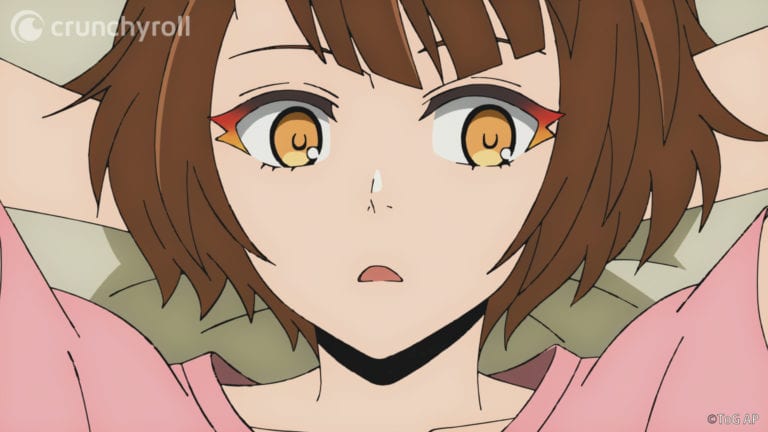 We got to see another good episode of Tower of God anime this week. While the anime has focused only on the main characters and breezed through everything else till now, episode 7 takes the larger picture into consideration and invests time in character development and building the plot. Tower of God anime is slowly but surely settling into a great rhythm and is showing promising signs of living upto the name of its manhwa.

While low on action and twists, the episode was more enjoyable than some of the previous ones, with more elements coming into play as the plot progresses. Be it the mysterious letter that Hoh received or the whole situation regarding a ranker taking part in a game of tag with the participants.

Endorsi and Khun continue to steal our hearts as the episode also had its share of lighter moments.

Episode 7 of Tower of God titled “Lunch & Tag” resumes Anaak and Endorsi’s fight in the test. However, as the creators decided to focus on character development rather than the fight itself, it ended up being low on action and high on goofy and funny faces.

After comically falling down from the arena, Anaak and Endorsi have a heartfelt conversation. For a moment the latter lets her nicer side be seen. Though she is mean to Anaak, Endorsi expresses genuine concern for her mother. Credits should be given to Endorsi’s voice actress Rie Suegara for brilliantly portraying her different moods in a short span. Anaak still seems to harbour hate for the Princesses of Jahad, but something tells us that she has softened her stance a bit on Endorsi. On the outside, she continues to act as stubborn as ever.

Questioning if Anaak’s mother had any regrets tells us that everything is not ‘daijoubu’ for a princess of Jahad, who is forced to make many sacrifices in exchange for the position and power she received. It points to the fact that Endorsi has things she wishes to do, but is being held back by the agreement & rules of being a princess. This small interaction might play an important role in the future, spurring her to follow her heart rather than the rules and agreements, like Anaak’s mother, the former princess did. After all, SIU has described Endorsi as a normal girl who is yet to mature.

Food seems to be a main theme in episode 7 of Tower of God (why else name the episode Lunch & tag), as a lot of interactions seem to happen around it.

Rachel is seen sulking, surviving frugally on rotten apples and the chocolate bars she received from Khun. While it is sad watching her suffer alone silently constantly ignoring Ba,, we wonder what is making her so anxious. Our thoughts are literally conveyed to her when Endorsi (once again the star of the show) asks Rachel what she seeks at the top of the tower, which makes her overlook someone who is even willing to risk his life for her.

Also, what is Rachel’s reason for spending so frugally. It has been revealed that points act as currency and grade for participants inside the tower. Is she saving up her points for a test she can’t possibly pass. Is she using it as a way to make up for her lack of skills?

While Rachel is off on her own, Bam is making new friends and honing his skills (while it has been foreshadowed that he is tremendously powerful, he is still not able to control his powers very well). Having amnesia was a perfect setting to make Bam’s past more mysterious. Kudos to SIU for executing it brilliantly and creating yet another side plot worth exploring in the future.

From what we have seen so far the character arcs of the two main characters (Bam and Rachel) in the story are quite parallel and contrasting. It doesn’t seem like they would intersect anytime soon. The way their arcs are progressing these two could very well end up being each other’s rivals (akin to Naruto and Sasuke).

Coming back to food and friendships, we are treated to some lighthearted moments as Endorsi and Anaak are wooed by Bam, Shibisu and Hatz to become their friends (helping the latter pass the scout test in the process). Khun, who did an amazing job of scripting the act, is quickly establishing himself as one of the best leaders among the participants. As a light bearer, he would be an asset to any team. His general lack of trust has helped him read and perceive other people without a fault.

Hatz also seems to share an interesting dynamic with Khun and could be another person along with Bam that Khun comes to trust as time passes (or so we believe).

However, the participant’s newly formed bonds are immediately put to test in a tag game towards the end of the episode. These tests and games are an important part of the Tower of God universe, offering a brutal comparison to the human nature we see in the real world. We have often come across people who would break trust and turn in the blink of an eye just to achieve their goals, it is the same inside the tower. Friendships are fragile, if the goal in front of you is enticing enough.

In the test, both teams have an ‘it’. These teams will face off against a test administrator in a game of tag. While the winning team gets a massive amount of points, individuals are also ranked on the basis of their performance. Based on the points gained it is decided if a participant is worthy of climbing the tower. The ones without enough points will fail the tests. Apparently only a fixed number of participants from each of the positions will pass.

Pitched against each other, compatriots have turned into rivals. They are now forced to leave each other behind as they race to gain more points. Entering the fray is barely known test administrator Quant. From what we have seen of the tag game so far, the next episode is going to be a blast. Another Tower of God episode, another cliffhanger, nothing new here.

Also, there was an interesting tidbit involving Hoh’s past and the mysterious letter that he received in episode 7 of Tower of God. He seems to be suffering from some kind of inferiority complex and  trauma due to the incidents that happened to him in the past (revolves around his horns somehow). The people behind the letter are obviously looking to make use of these traits and lure him into some sort of a sinister plan.

It needs to be seen how it will affect the story as we move forward. We are getting a feeling that there are multiple forces in play behind the scenes, and they surely will look to alter the flow of events, especially since the innocent main character has made his appearance.

That said, we are waiting to see how Quant’s short temper will affect the outcome of the tag game, and if Hoh has something up his sleeve after reading that ominous letter. 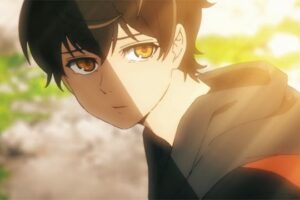 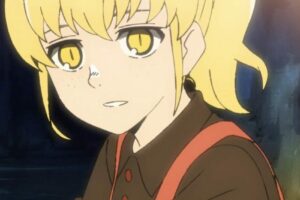 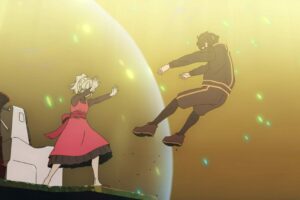 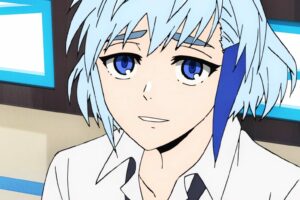