Skip to content
Home » Series » Tokyo Ghoul » What Is Kagune In Tokyo Ghoul? Everything You Need To Know!
Tokyo Ghoul

What Is Kagune In Tokyo Ghoul? Everything You Need To Know! 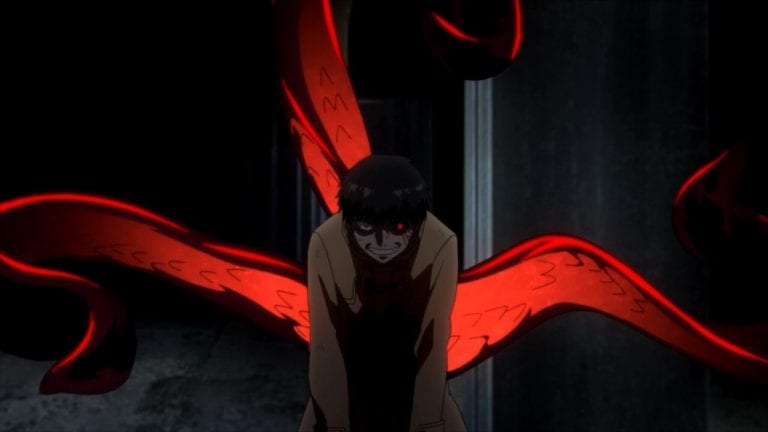 In the world of Tokyo Ghoul, fans often come across words like Kagune, Kakuja, Kakuhou and Quinques, which are all closely related terms to ghouls. These terms can often be confusing for a first time reader, or someone who has not been in touch with the series or manga for quite a time.

In this article, we’ll try to best explain what a Kagune is and how it is related to and different from the other terms that we have mentioned above. All of the above mentioned terms have something to do with RC Cells that are present in the body of ghouls. So, without much ado, let’s try to understand what a Kagune is!

Kagune ( which literally translates into red-child) is the predatory organ of a ghoul, which is seen in Tokyo Ghoul anime and manga. This organ acts as a weapon for the ghouls which helps them prey on their food or defend themselves while being attacked by other ghouls or the members of CCG. This is the most defining aspect/feature of a ghoul apart from their peculiar eyes (known as the kakugan).

As an example, consider the tentacle-like things which sprout from Kaneki’s back or the wing which manifests from Touka Kirishima.

The kagune basically are “liquid muscles” which can be used voluntarily hardened and softened by ghouls as per their will. These muscles are made up of RC Cells which are present in both humans and ghouls in the world of Tokyo Ghoul. Ghouls stock RC cells when they eat people.

The RC Cells are stored within the body of a ghoul in an organ called Kakuhou. These RC cells flow through the RC blood vessels and are similar to blood, however, when required they can become as hard as teeth, a property which is passed on to the Kagune. The strength and size of the kagune depends on the RC Cell count in a ghouls body. Based on the type of RC cells, kagune can have different properties including crystallization, increase in length, dexterity, sharpness, and concentration.

When a ghoul releases its kagune, they become much stronger in terms of mobility and resilience. While ghouls are known to possess exceptional healing powers, a wound that is inflicted by a kagune does not heal quickly.

How is Kagune formed and released?

Kagune can be manifested voluntarily when a ghoul wants it or when a ghoul is very excited. The Rc cells which are stored in the kakuhou get released, piercing the skin of a ghoul and coming out of the body. These released Rc cells form the kagune in a ghoul’s body.

So basically the kagune manifests from the area where the kakuhou is located. We’ll discuss the locations in detail in the Types of Kagune section

The formation or manifestation of kagune takes place in three distinctive stages.

Stage 1: Formative Stage: In this stage, the Rc cells erupt from the Kakuhou and start forming bonds with each other.

Stage 2: Fixative Stage: The bonded RC cells form a structure and  the kagune basically becomes visible. Based on the type of RC cells, the offensive and defensive capabilities of the kagune come to the fore in this stage. In this stage a ghoul can manually control the movement of the kagune and its properties.

Stage 3: Disintegrative stage: This is the stage where the kagune loses its solidity as the bonds between the Rc Cells begin to break. Since kagune is made of Rc cells, a reduction in the number of Rc cells causes the kagune to disappear. That’s why ghouls that have not eaten (humans) for a long time can’t manifest a strong kagune, as their Rc cell count is less at that time( as seen in the fight between Touka and Tsukiyama).

When the RC cells erupt from the kakuhou, they arrange themselves and form a web like structure which is best suited to the type of Rc cells which are present in a ghoul’s body. Though the kagune’s appearance is usually hereditary (Kaneki and Rize have the same kagune, Ayato and Touka have similar kagune as they are siblings), the shape of Kagune also depends on the creative and intellectual ability of the ghoul. Needless to say, the size depends on the number of Rc cells in the body of the ghoul.

Kagune is usually reddish in color, however in the Tokyo Ghoul anime, kagune were given different colours so that viewers would be able to distinguish them.

Depending on the type of Rc cells in a ghouls body, the manifested kagune can be of four types.

Shape of Kagune: The shape of a rinkaku kagune is similar to that of tentacles. The number of tentacles can vary from one to eight. Some ghouls can manipulate the shape of the tentacles and make it look like a sword or claws. They can even make the kagune bigger and stronger by binding together the tentacles.

Pros: This kagune is strong and decently fast. It can be regenerated quickly.

Cons: This kagune type is soft and easy to break

Comparison with other Kagune: The Rinkaku kagune can easily overpower the koukaku type kagune. However, rinkaku type is at a disadvantage against the balanced bikaku kagune, which has superior power and hardness compared to the former..A rinkaku ghoul can also fare better against the ukaku user, though it’d be a tough fight.

Shape of Kagune: The ukaku kagune basically takes on the appearance of spread out wings with feathers. The kagune can be shaped into sharp blade like objects for long distance attacks or can be used as a shield in defensive situations.

Location of Kagune: The ukaku kagune is released from the shoulder area of the ghoul.

Property of Kagune: Ukaku type users can crystallize their feather like structure which can be used for projectile-like attacks due to it being lightweight. The users of this kagune too are known to be exceptionally fast. Renji Yomo is one Ukaku user who can use lightning along with the usual properties of his kagune.

Cons: Users have low stamina and endurance due to Rc Cells being depleted quickly as projectiles are released from kagune. Not useful for short range attacks (though some ukaku users can overcome this by making their kagune more flexible).

Comparison with other kagune: Ukaku users can beat bikaku type kagune users in battle due to their speed, mobility and long range attacks. However, they fare badly against koukaku users who can use their shield like kagune to guard against the projectiles of ukaku users, eventually tiring them out. They can do fairly well against rinkaku kagune users.

Ghouls who have Ukaku Kagune: Some prominent users of Ukaku kagune in the tokyo ghoul universe are Touka Kirishima, Ayato Kirishima and Renji Yomo among others.

Shape of Kagune: The bikaku kagune has a tail like appearance and is known for its balanced offense, defense and speed. Usually a bikaku user can only create one tail, but there are some users who have been known to create more than one tail. Some users can manipulate the shape of the tail, like Demon Yamada, whose bikaku kagune had the shape of a butcher knife.

Properties of Kagune: The bikaku type user has no particular strength, weakness or specific properties. Due to its balanced and overall abilities, this kagune is preferred for making quinques for CCG investigators who are quite inexperienced.

Comparison with other Kagune: A bikaku user can trump a rinkaku type user (the only difference being Kaneki defeating Nishio), however, they would lose to a ghoul with ukaku kagune due to their speed mobility and long range attacks.

Ghouls who have Bikaku Kagune: Some prominent users of Bikaku kagune in the tokyo ghoul universe are Nishio Nishiki, Matasaka Kamishiro, Nutcracker and Big Madam among others.

Shape of Kagune: The koukaku kagune comes in various shapes. For users with defensive abilities, the kagune is shaped like an armour or shield, however, for offensive purposes they can also be in the shape of a drill, blade or sword.

Location of Kagune: The Koukaku kagune manifests from just below the shoulder blade.

Properties of Kagune: The kagune is extremely sturdy and robust owing to the high density of Rc cells in it. It is best suited for defensive purposes.

Cons: Reduced speed due to the weight.

Comparison with other Kagune: Koukaku kagune can overcome a ukaku type user with the same strength by wearing them out. However, they fall severely short while coming up against the rinkaku kagune ghouls. Koukaku and Bikaku are kind of evenly matched and the outcome would depend on the ghoul’s prowess.

Ghouls who use Koukaku Kagune: Some prominent users of Koukaku kagune in the tokyo ghoul universe are Shuu Tsukiyama, Hinami Fueguchi, Donato Porpora and Kuki Urie.

Sometimes a kagune’s ability/shape might be slightly or majorly different from the primary abilities and shape of their kagune based on the Rc Cells. Some ghouls also have special abilities like electrokinesis and pyrokinesis along with the normal characteristics of the kagune, while some ghouls advance into unique states like the kakuja or the chimera type.

While usually a ghoul only has one type of Kagune, in some rare cases, ghouls may be born with upto four types of kagune. Hinami Fueguchi is an example of a ghoul with multiple Kagune types (rinkaku and koukaku) and also has special abilities (heightened senses).