My Hero Academia Chapter 269 Might Have Killed Off A Major Villain! 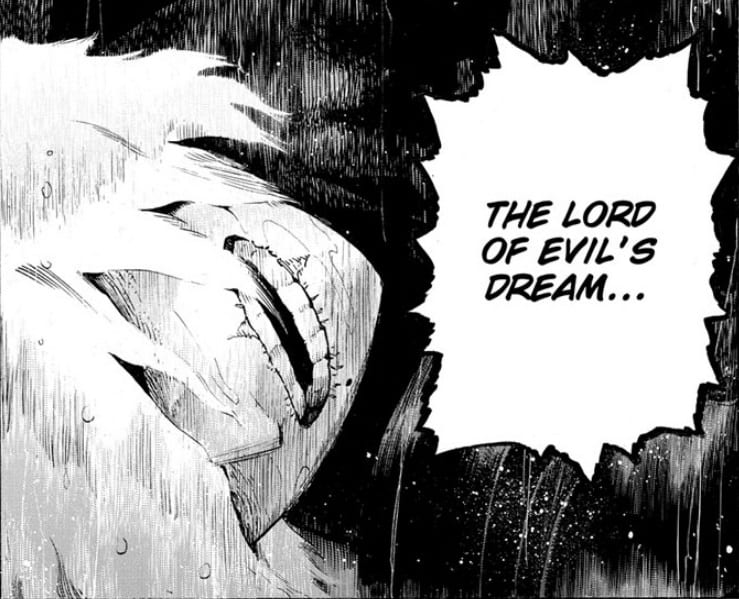 The following article contains spoilers for the latest chapters of My Hero Academia manga which has not been covered in Season 4 of the anime. Read further if you don’t mind your experience being spoiled!!

In the previous chapters of My Hero Academia Manga we saw that the Pro Heroes had launched an ambush over the Liberation Army HQ and the Hospital creating Nomus. In the last chapter we saw that Mirko was about to destroy the tank containing Shigaraki Tomura as her animal instincts told her not to let him live anymore but she was stabbed by a Nomu with tentacles which went through her legs and gut. Endeavour reaches in time to blast that Nomu away and save Mirko.

In My Hero Academia Chapter 269, the Pro Heroes somehow manage to stop Kyudai Garaki (the doctor) from reviving Tomura Shigaraki by destroying the container in which he was being held. However, were they really able to stop him from reviving completely? It seems not..

In the latest chapter Endeavour is seen telling Mirko to hold a hanky between her teeth so that she doesn’t bite her tongue as he cauterised her wounds with his Hellflame. He notes that Mirko had been fighting alone for almost 5 minutes with multiple talking Nomu.

As soon as he seems to be finished Endeavour is attacked by the Nomu which he had just blasted away. Mirko again keeps on relaying the same message to everyone on coms, not to butt their heads with Shigaraki directly as he’s not a street thug anymore. Meanwhile, Eraserhead and Present Mic are seen fighting the Nomus themselves. With Eraser holding three Nomus back himself, he asks Mic to move in and settle things once and for all.

The doctor is shown trying to revive Tomura and curses his fate that his and All For One’s plan was supposedly getting ruined due to intervention of the heroes. Tomura isn’t ready to be revived as the experiment on him was still incomplete. That’s when Mic enters in and with his Loud Voice ability shatters everything in that room in one hit, including the tank in which Tomura was being held. As Tomura’s motionless body falls down, Mic lingers over his childhood memory of Eraser, himself and their dead friend whose body the Doctor used to create the Portal Villain. He punches Doctor Garaki in the face for making his friend cry.

Hero X Less confirms that Shigaraki is not breathing. The doctor says that Shigaraki was put in there in a dead state so that he could bear the experiments done on him. With the tank being destroyed, reviving Tomura was impossible. Garaki concedes that his plan has failed miserably and The Lord Of Evil’s dream will die with the boy aka Tomura.

We could assume that Shigaraki is possibly dead, but that theory doesn’t hold much water (remember this is shonen). A villain who has been on the borderlines for all this time, someone who was being prepped to take over the mantle of All For One, won’t be killed off so easily, that too without a fight.

This leads us to believe that Shigaraki, if revived properly, could have become such a big threat that it would have been nearly impossible to defeat him. However, with the plan of perfect revival being thwarted, we could face a Tomura who is still powerful enough to take on Endeavor and the others, if not as powerful as All For One.

We could also suspect that All For One wants to transfer his quirks and brain inside Shigaraki so that he can live longer. Otherwise there is no other reason for him to support and make someone like Shigaraki grow, unless he plans to pull a Joker like stunt, saying he was able to take the white knight of sorts ( Tomura is is the grandson of Nana Shimura, the holder of One for All before All Might) and convert him into a villain the world fears, breaking the trust the people have in heroes altogether.

With AFO in jail and Shigaraki seemingly dead the next chapter will probably focus on the battle going on in the Liberation Army’s HQ and that there could be a twist regarding Shigariki’s current state and his awakening which will shock the entire Boku No Hero universe and fandom. Although his awakening won’t be a happy ending for our heroes.