Does Deku Have Multiple Quirks In My Hero Academia? 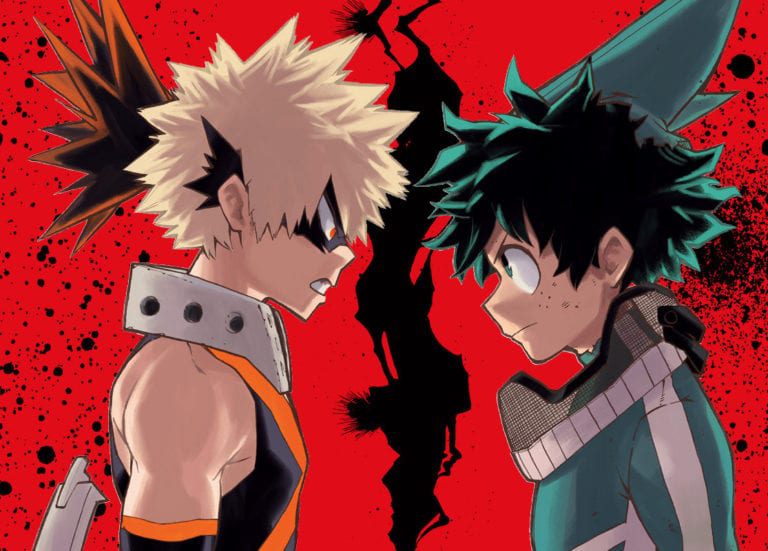 WARNING: The following contains major spoilers for recent manga chapters of My Hero Academia. If you aren’t up to date with the plot in the manga and don’t want to spoil your experience, we suggest you stop reading right now!!

Ever since his childhood Izuku Midoriya has always admired to be a hero just like All Might. Even though he was born without a quirk, his actions and his will to protect others at the cost of his own life eventually ended up making Deku a Hero after receiving One For All or OFA from All Might himself.

Now, as we know that neither All Might or Toshinori Yagi was the first user of One For All nor was Deku. There were 7 users before All Might.

These 7 users had quirks and The Original Wielder of OFA only had a quirk which can be passed on to others.

Contents hide
About Deku’s Quirk One For All:
So does Deku have multiple quirks in him?

About Deku’s Quirk One For All:

All For One the elder sibling of the Original Wielder of One For All thought of his brother as a weak individual due to his scrawny build and his strong sense of justice and that’s why forced a quirk on him which can only stockpile power inside the user and can be used if the body is strong enough to build it.

These two quirks merged inside the Original Wielder of OFA and then that Quirk became known as One For All.

Thus the nature of the quirk “Power Stockpiling” and the nature of quirk “Being Able To Be Passed Willfully Only” became the core of One For All. Thus, as OFA went on to be passed down the lineage upto Izuku the 9th wielder. The Quirks of all the Past Users are also stacked inside the One For All.

So does Deku have multiple quirks in him?

Yes Deku now has multiple new quirks. In fact he has seven to be precise. With Deku and Toshinori being Quirkless and the original wielder having the two Quirks Merged inside him, there are six more quirks inside One For All to be mastered by Deku. Out of the six secret quirks inside Deku only two quirks have been revealed so far.

The first Quirk revealed  is Blackwhip belonging to the 5th user of One for All Daigoro Banjo. This Quirk allows the user to create tendrils of dark energy from their arms. These tendrils are good for grappling and increasing the user’s mobility. This power after being inside OFA  for so many years has greatly enhanced and is very difficult to control. Deku through training has been able to use this power for a short amount of time not without having a toll on his still weak body.

The second Quirk revealed is Float belonging to the 7th user of OFA Nana Shimura who was also the Sensei of the 8th user All Might or Toshinori Yagi. This quirk allows the user to levitate and suspend themself in mid-air. Deku unlocks the Float quirk during his battle with Shigaraki Tomura in My Hero Academia.

With this revelation of Deku being able to access multiple quirks brings various possibilities into the picture as to how Deku would be able to beat All For One in the coming future. It also opens the door to the question as to why the previous users weren’t able to access these powers and why only Deku is able to do it?

For this there might be a simpler explanation that Deku has the same sense of justice as the original wielder of One For All. One might argue that All Might did too. But here’s the thing, All Might bore all the burden of being just and righteous in front of the world all by himself without relying much on other people except his own tremendous strength and this is where Deku and All Might differ.

Deku wants to save the world with everyone and not just do it alone. Which could also be derived from the name of his quirk, One For All. Maybe, that’s why the previous owners decided to manifest themselves to only Deku and not any other users.