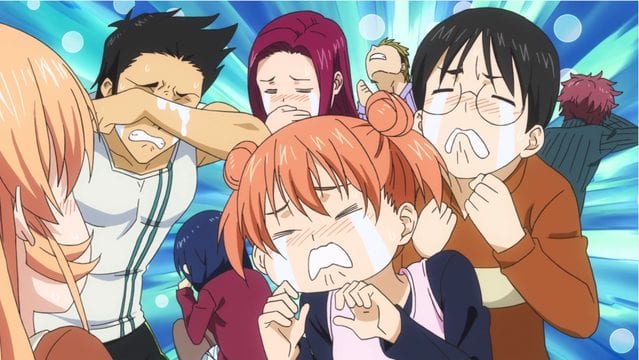 Food Wars! Shokugeki No Soma’s official website announced that season five of the anime will be delayed, starting next week, due to the ongoing effects of COVID-19 in Japan.

“Due to the influence of the new coronavirus (COVID-19), the broadcasting after the 3rd episode has been postponed for the time being. I decided to do it,” the message on the website read. The date and time of broadcasting/simulcasting of episode 3 will be decided and shared on the website and official twitter account of the anime. Food Wars Season 5 has currently aired 2 episodes and they are available to stream on Crunchyroll.

As a placeholder, episodes from Food Wars Season 4 will be aired on TOKYO MX and BS11. The schedule has been revised as follows:

This news comes a day after Japan’s state of emergency was expanded to cover the whole country, allowing prefectural governors to request certain businesses, like movie theatres and others with a risk of large gatherings, to close down.

Season 5 of Food Wars began airing on April 11. Adapted from the manga by Tsukuda Yuto and Saeki Shun in collaboration with Morisaki Yuki, the anime follows middle school student Yukihira Souma, who embarks on a journey to culinary school and beyond.