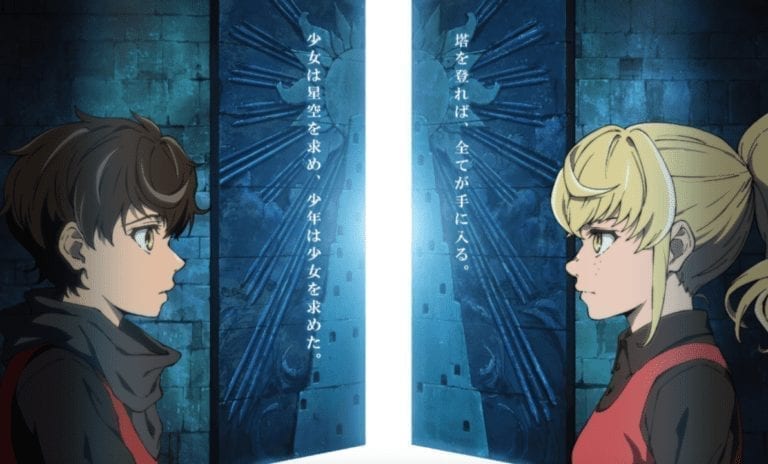 Crunchyroll’s Tower of God anime started airing on April 1st. The anime was heavily promoted by Crunchyroll and it did not come as a surprise when Tower of God started trending within 24 hours of its premier. Adapted from a Korean Webtoon, the series was seen as somewhat groundbreaking and would serve to increase the popularity of Manhwa worldwide.

Combine the promotions with the high anticipations of the fans who have read the manhwa already, the expectations placed on the shoulders of Tower of God were pretty high. However, the anime did manage to put out a decent showing and fans certainly are eagerly waiting for more episodes.

The first episodes can often make or break an entire series in the minds of fans, and considering how the first episode of Tower of God played out, it is safe to say that fans would certainly be returning to watch what happens next.

Though the art style looks a bit different, unique or old fashioned (would remind you of Mamoru Hosoda movies, with roughed up lines, some extra colours and good contrast), Tower of God’s setting is fairly similar to the normal fantasy tropes. magic, an entirely different world and stepwise challenges to overcome before proceeding to the next level. Well that’s what it seems for now.

The series’ protagonist Bam has decided to go after the person he wants the most in his life, Rachel. Rachel has decided to climb the Tower of God so that she can see the stars. Bam follows her into the Tower and now he has to complete a certain set of challenges so that he can reach the top of the tower and meet Rachel again. We ask you to not be put off by the simplicity of the plot as there seem to be a number of things that need to be uncovered as Bam proceeds from one level to the next.

The tower itself seems shrouded in mystery, with a legend like feeling given to it and you have to credit veteran director Takashi Sano for portraying it so brilliantly. It is also unclear as to what world the setting currently takes place, and what lies around and within the tower, with the showrunners keen to hold the pieces in their hands.

As Bam enters the Tower, he meets the caretaker Headon who lays down the rules and terminologies of the things used in the world that exists inside (supposedly) the tower. Once inside, new characters and equipment/concepts like the “pockets” were introduced at a high pace. However, that said it also adds an air of ambiguity regarding the motives of all characters.

We don’t yet know why Bam is ready to even sacrifice his life without a second thought (as he literally does in the first obstacle that he is tasked to overcome), or why the Princess Yuki and her vassal whom he encountered decide to help him. It also seemed strange how the spirit of Black March which was there in the sword that Yuki lent Bam would come to his aid, since he was not a “non-regular” in this world.

The fast pace could put a lot of newcomers or people who love detailed world building off, but since it can only do so much in one episode, we are going to wait for the next episode and see what happens. Tower of God does have a lot of mythology in it that can be used for building the world extensively.

We have been shown bits and parts of the story which will probably be explored much more in the coming episodes, namely the flashback scene where Rachel encounters an amnestic Bam, questions as to who exactly Rachel could be, is she a human or a demigod or some peculiar species etc. All these arcs are bound to develop in the coming episodes and while Tower of God does seem to have a great potential, it also depends on how well the crew has decided to handle 10 years worth mythology content and take it forward.

The crew working on the anime is top notch, it we guess it won’t be much of an ask if we were to place high expectations from the coming episodes. We believe you should definitely give Tower of God a try, after all, an anime does not start trending within 24 hours of its release for nothing.