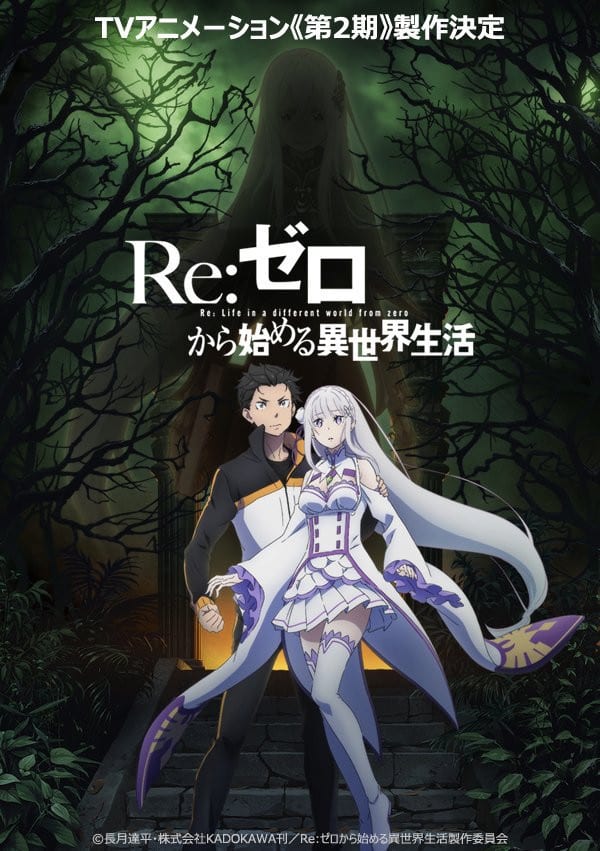 The second season of Re:ZERO – Starting Life in Another World, which was due to start sometime in April 2020 is now been delayed due to the effects of coronavirus, the creators of the anime said. According to the official website of the show, Re:ZERO Season 2 will start airing sometime in July 2020 now.

The post from the official website of the anime stated that the schedule of Re:ZERO – Starting Life in Another World Season 2 has been greatly affected due to the outbreak of Coronavirus. It hindered the production work which was outsourced to China to a great extent. The website stated that the second season will be broadcast sometime in July 2020. More details will be revealed by the production team on their website and twitter accounts and they have asked the fans to stay tuned.

In addition to the anime, the release of the Opening and Ending theme CDs, which was scheduled for May 13, 2020 has also been postponed to August 26th and September 2nd 2020 respectively. Season 2 opening theme titled “Realize” is performed by 23-year-old anison singer Konomi Suzuki and ending theme “Memento” is performed by Hokkaido-native singer nonoc, Crunchyroll News reported.

The director’s cut for Re:ZERO is currently streaming on Crunchyroll. It is an updated version of Season 1 of the anime with reworks and new footages, stretching to one hour per episode.

Adapted from  Tappei Nagatsuki‘s Re:ZERO -Starting Life in Another World- light novel series, the anime streamed its first season in April 2016 and was well received by fans, earning widely positive reviews.  The story centres on Subaru Natsuki, a hikikomori who suddenly finds himself transported to another world on his way home from the convenience store.