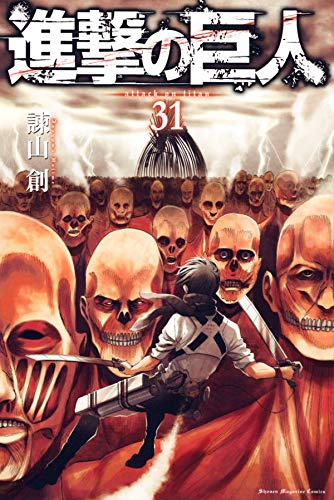 Before continuing, please note that this article may contain spoilers and leaks pertaining to the latest chapters of Shingeki No Kyojin aka Attack on Titan Manga chapters. If you haven’t read the latest chapters of the manga, and don’t want your experience to be spoiled, we suggest you refrain from reading any further.

Attack of Titan Chapter 127 will be out soon and fans are eagerly waiting for the latest installment of the hit manga series to see how events unfold. The previous chapters had a lot of twists and turns which at times was hard to keep up as it covered the POVs of the supporting characters. Readers are hoping that Hajime Isayama would focus the new chapter on Eren’s side of the plan as many already believe that the series, which is about to end soon is taking a leaf out of Code Geass.

Kawakuno Shintaro, the editor of Shingeki no Kyojin Manga recently gave an update regarding chapter 127 on Twitter. Here’s what he tweeted:

It roughly translates to, “The AoT manga’s upcoming chapter has been updated. Congratulations, Hajime Isayama!” This means it’s only a matter of time before the manga chapter is released.

Also Read: The Origins Of Titans In Attack On Titan

An update from Attack on Titan Wiki on Twitter stated that Chapter 127 of Shingeki no Kyojin/ Attack on Titan will be released on March 9th 2020. The manga chapters always come out in the first week of the month and could release between 7th and 9th of March.

The latest chapter can be read officially on Kodansha comics or fans can buy the manga to support the creators.

Attack on Titan Chapter 127, Spoilers and What to expect

Chapter 126 of Attack on Titan titled “Pride” had a lot of twists and turns. We saw how Levi Ackerman managed to survive and was cared for by Hanji Zoe. Hanji accepts that there is something special about the Ackermanns which grants them power greater than normal humans. Levi in turns vows to kill Zeke before he dies.

A lot of things go down in the chapter, Annie revealing stories about her past, Armin stopping Connie from feeding Falco to his mother and also the reactions from Eldians all around the world. The situation is bleak, chaotic and seems kind of hopeless. However towards the end, Armin,. MIkasa, Annie, Reiner, Connie, Hanji, a crippled Levi and others team up to save the world.

The concept is very shonen like and quite exciting which gives us hope that all will end well and peacefully. However, Hajime Isayama had previously mentioned that the ending of Attack of Titan manga will be a happy one.

Attack on Titan  first began in Kodansha’s Bessatsu Shōnen Magazine on September 9, 2009. As of December 2019, it has been collected in to 30 Volumes and has managed to sell over 100 million copies, making it a critical and commercial success.

Written and illustrated by Hajime Isayama, it is set in a fantasy world where humanity lives within territories surrounded by three enormous walls that protect them from gigantic man-eating humanoids referred to as Titans.

Click to join
Attack on Titan Manga Shingeki No Kyojin