Skip to content
Home » News & Updates » Rusev Talks About His Love For Anime, All Might & Fullmetal Alchemist!
News & Updates

Rusev Talks About His Love For Anime, All Might & Fullmetal Alchemist! 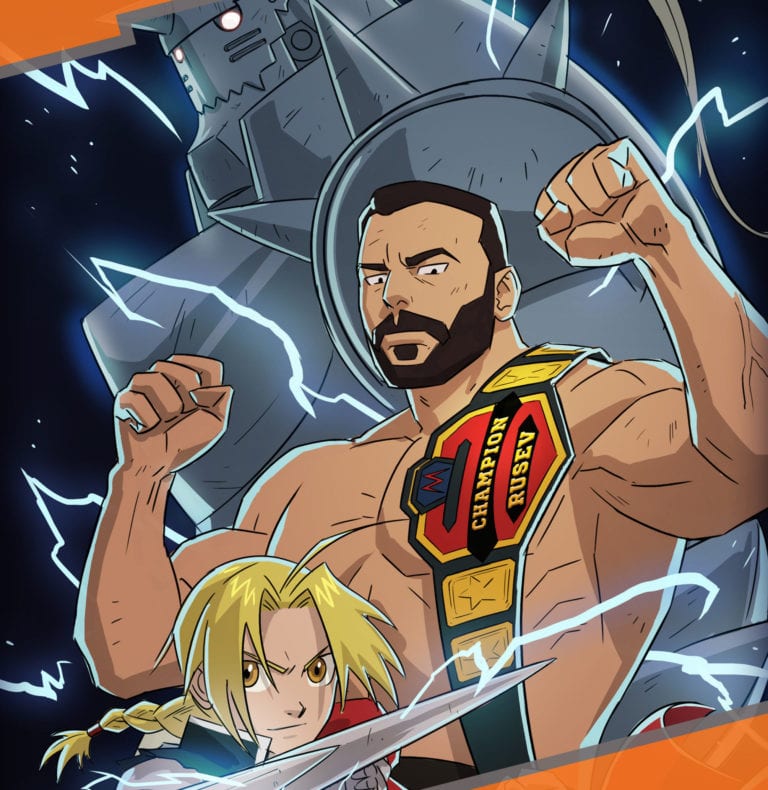 WWE Superstar Rusev recently revealed his love for anime in an interview as he talked about his favourite anime show and character in a surprising reveal.

Anime fans can come from any walks of life and in his interview with Crunchyroll as a part of the Crunchyroll All-Star series, Rusev revealed that he has been a fan of anime for a long time. The “Bulgarian Brute” became an anime fan at a very young age, when he watched a copy of Akira from the video store his parents owned.

“It all started with the movie Akira when I was a kid. I always watched animated movies, but that was just so different. It was intense. There were motorcycles, and people blowing up. My parents owned a video store in Bulgaria, so I had every VHS Tape. I could watch everything,” Rusev told Crunchyroll.

“…he’s basically Hulk Hogan. Hulk Hogan is my favorite wrestler,” Rusev told Crunchyroll about All Might.

He also said All Might was the best anime hero ever because he was a great role model for kids. According to Rusev All Might “seems like the type of hero to tell kids to eat their vitamins and drink their milk.”

When asked who his favorite villain was, Rusev replied it was Light Yagami from Death note, adding that Light was a “scary dude.”

Rusev said that he was not the only athlete who was getting attracted to anime. Speaking about wrestlers at WWE, Rusev said that more and more people were watching anime because of how accessible it had become and also because there’s something for everyone in anime.

You can read the entire interview here on Crunchyroll.