The best quotes from Itachi Uchiha that have profound meaning in real life too. 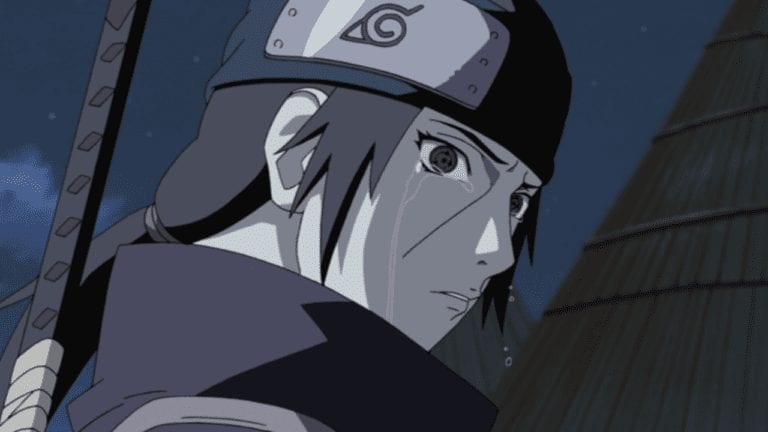 Itachi Uchiha was one of the most inspiring characters in Naruto and Naruto: Shippuden. Initially portrayed as a cold blooded villain who murdered his parents and the entire Uchiha clan, it was later revealed to everyone’s surprise that he was actually one of the good guys who took the fall to protect his village. He continued to do so from the shadows till the very end.

His undying loyalty to the Hidden Leaf Village and his love for his younger brother Sasuke Uchiha were the driving factors for every decision he made. That said, he was one of the most brilliant shinobi around. Itachi was on a totally different dimension, as far as skills were considered, from others and that has earned a loyal fanbase.

Though he had limited time on screen and in the manga, he manages to deliver some powerful and thought provoking quotes.

Here is a list of the best quotes from Itachi Uchiha that we think would blow you away.

“There is no value in killing the likes of you… Foolish little brother, if you wish to kill me, then hate me, detest me, curse me, and survive in an unsightly way. Run, run and cling to your pitiful life.”

The one dialogue that makes us hate Itachi in the begining. After slaughtering the entire Uchiha clan, Itachi tells this to his helpless brother, portraying himself as the ultimate cold-blooded villain. However after the massive reveal in Shippuden, we know how hard it was for Itachi to bring himself to say this. Everytime we hear this now, a tinge of pain crosses out hearts.

People Live their Lives bound by what they accept as correct and true. That is how they define “Reality”. But what does it mean to be “correct” or “true”? They are merely vague concepts… Their “Reality” may all be a mirage. Can we consider them to be simply living in their own world, shaped by their beliefs?

Itachi tells this to Sasuke during their final battle. Trapping Sasuke in a series of genjutsu, Itachi puts forth a deep message, whose meaning becomes much more clearer after Itachi’s true intentions are revealed. He had managed to make the world believe that he was a bad guy, which was only a mirage.

We aren’t fish, we are human. No matter who you are, you do not know what kind of human you are until the very end. As death comes to embrace you, you will realize what you are. That’s the view of death, don’t you think?

Itachi tells this to Kisame during their first encounter. Kisame tries to intimidate Itachi about telling him stories about shark and cannibalism. However hits back with his own words outclassing Kisame easily.

Itachi advises Naruto what it really means to be Hokage and how he could be one.

Obsessed with Organization, obsessed with the clan, obsessed with ourselves. A worthless compulsion that enslaves us and limits our capabilities, leading us to fear what we don’t understand. You focus on the trivial, and lose sight of what is most important, Change is impossible in this fog of ignorance. How can we evolve when regulation is all we know?

Itachi tells the Uchiha clan members who had come to question his involvement in Shisui Uchiha’s death. This scene clearly shows how alienated Itachi was to the whole clan and his hatred for what they had become. It is all these things, along Danzo’s manipulation that forces Itachi to eliminate his own clan.

“It is not wise to judge others based on your own preconceptions and by their appearances.”

This another classic Itachi Uchiha quote which comes during the first encounter between Itachi and Kisame. This quote holds true in real life when people jump to conclusions about others based on appearances and preconceptions, which obviously is wrong.

If you want to know who you are, you have to look at your real self and acknowledge what you see

The entire Kabuto vs Sasuke and Itachi arc is about self realisation. So Itachi’s quotes in the fight reflect the same. Kabuto has struggled his entire life to understand who he truly was. After Itachi puts him under the Izanami he is able to reflect about what Itachi said and in turn acknowledge himself.

Also read- Why did Itachi Uchiha kill his clan?

“I am always going to be there for you, even if it is only as an obstacle for you to overcome, you and I have to live together, even if it means hating each other, that…is what big brothers are for…”

Sasuke remembers Itachi saying this to him as he thinks back to the time when they were both living with their parents. If you have a sibling you know that this dialogue holds true in some form even in the real world. Sasuke is being compared to Itachi in everything he does and that stresses little Sasuke out, that’s when Itachi gives him these words of advice.

Forgive me Sasuke….But this is the end!

This is what Itachi’s final words to Sasuke before he died. Coupled with the famous two finger forehead poke, it is one of the most emotional scenes and dialogues of the whole series. Itachi’s words are clearly revealed when Sasuke is reliving his brother’s memory during the Fourth Great Shinobi War.

“If I had been open with you from the start… and looked you straight in the eyes and told you the truth, then I wouldn’t have had to stand before you, from above, as a failure, telling you all of this. I failed. I won’t put myself above you and tell you this and that, it’s too late. So this time for once, let me tell you one small truth. It’s all right if you never forgive me, but no matter what you become, I will always love you.”

These are reincarnated Itachi’s last words to Sasuke as he shows his younger brother the truth of what led to the Uchiha clan’s downfall. Stand’s out to be one of the most emotional dialogues in the entire series a;ong with the forehead poke.

“No matter what darkness or contradictions lie within the village, I AM STILL ITACHI UCHIHA OF THE LEAF.”

Finally that quote from Itachi which literally can give you goosebumps. Itachi proudly declares to Kabuto during their fight that, despite the shortcomings in the village and regardless of what people thought about him, he is KONOHA NO ITACHI UCHIHA.

“People’s lives don’t end when they die,it ends when they lose faith.”

“So tell me where should I go?  To the left, where nothing is right.. Or to the right, where

“Teachings that do not speak of pain have no meaning, for humankind cannot gain anything in return.”

“It is foolish to fear what we have yet to see and know.”

“Those who turn their hands against comrades,are sure to die a terrible death.” 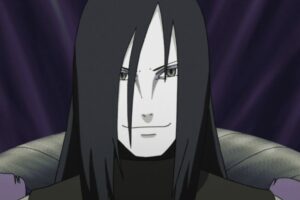 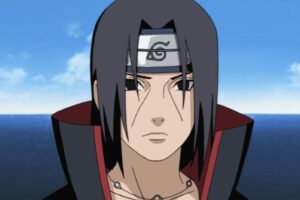